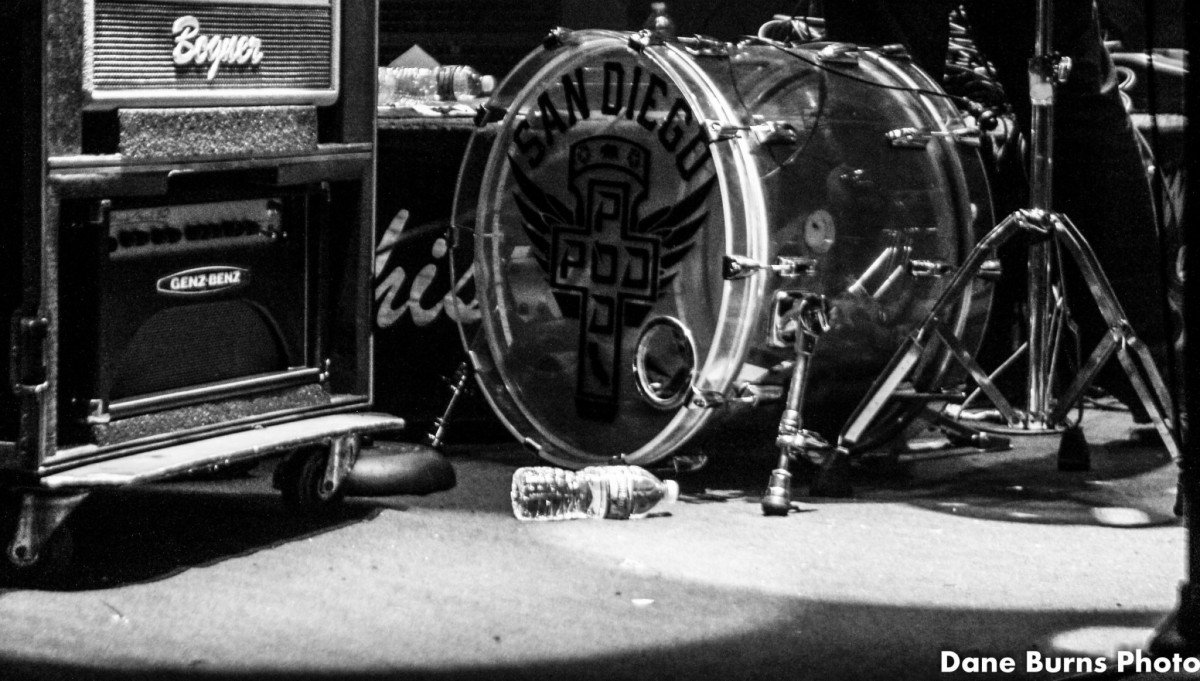 After forming in Knoxville, Tennessee 17 years ago 10 Years has made seven albums most of which were released on Universal Records. 10 Years has opened for many large names over the years such as Disturbed, Breaking Benjamin, Korn, and even co-headlined a tour with Hollywood Undead a few years back. Fast forward to 2016 10 Years is playing alongside P.O.D. on their North American Tour. Opening with the song Shoot It Out from the album Feeding The Wolves the band projects a strong stage presence and energy that could only be compared to a band like letlive. The remainder of 10 years set came from some of their other albums: Division, The Autumn Effect, From Birth To Burial, Killing All That Holds You, and Minus The Machine. To finish the band’s chaotic set lead singer Ryan Johnson crowd surfed to the soundboard (which is on the upper level) and after pulling himself up onto the railing Johnson threw the mic to the stage, and put his faith in the audience as he fell from the soundboard onto the hands of the concert goers who helped Johnson surf his way back to the front of the stage.

The meaning of Payable on Death (POD) is an arrangement between a bank or credit union and a client that designates beneficiaries to receive all the client’s assets. The immediate transfer of assets is triggered by the death of the client (investopedia.com). But to the music community P.O.D. is a group of four men from San Diego, California who inspire others through their hard rock music and Christian values. The musical group consists of members Sonny Sandoval (vocals), Wuv Bernardo (drums), Traa Daniels (bass), and Marcos Curiel (guitar). When P.O.D. took the stage at the Whisky A Go Go on Tuesday night the tight packed crowd went wild for the band as they played fan favorites Boom & Youth Of Nation and new songs such as This Goes Out To You and Revolucion from their August album release titled The Awakening. After seeing P.O.D. perform multiple times over the last few years I’ve come to the conclusion these guys only get better and stronger as a band as time goes on.

You can catch P.O.D. on their next tour in March (2016) with Hed PE, War Of Ages, and The Dead Deads (information to be released soon).