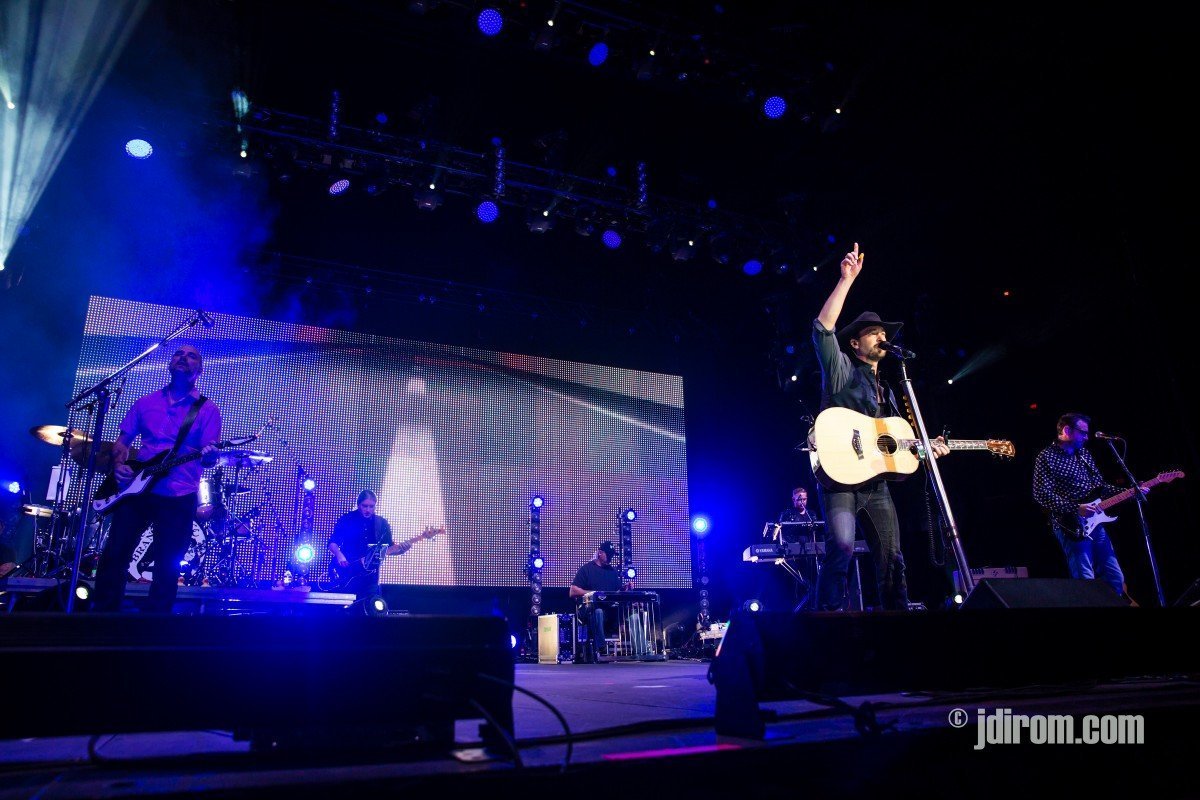 It was a dual billed “Road Trip”. First up was B.C. native Dean Brody was the first up, brightly lit at centre stage, as the remainder of the stage fell into the shadows. Dressed in a t-shirt and blue jeans, and naturally a cowboy hat was part of his ensamble for the evening, Brody was energetic, full of life, a truly lovable stage presence.

Closing the night was Calgary’s Paul Brandt. Immediately it was apparent that Brandt was home, from the moment he hit the stage, the fans pressed forward into the barricade, reaching out towards the stage, and screaming in appreciation. Brandt built upon the energy brought on by Brody, starting from a strongly backlight stage, with a large video wall. As the stage erupted in light, the good times grew. Brandy brought on Saskatchewan based Jess Moskaluke (whom was the opener for the night), to assist with some backing vocals. The stage fun was kicked up a notch when large coloured balloons were dropped onto the crowd and stage, which rivalled the look of a summer festival, as the balloons were launched into the air by the audience, and were kicked into the stadium by Brandt. There was something exceptionally fun, and high spirited about the show.