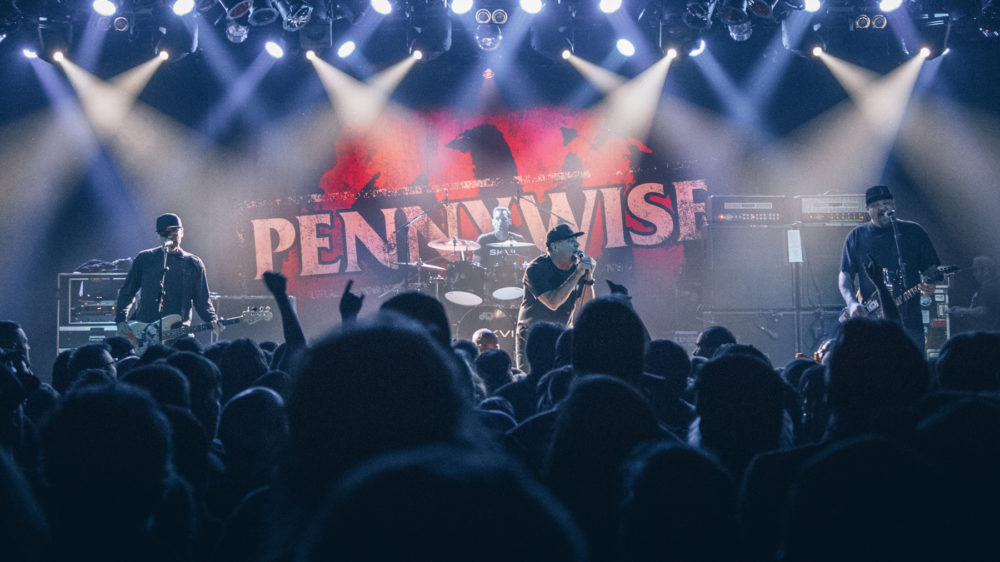 It was a sold out show at the Commodore Ballroom with two legendary punk bands from California. Strung Out have been going since 1989 and Pennywise since 1988, making it their 30th anniversary this year.

Strung Out have a mix of melodic punk rock, progressive rock and metal, giving them a diverse stage presence. One minute singing along with the crowd, to opening the pit up and getting people moving.

Pennywise love to get a reaction from the crowd and their banter in between songs was very funny. After the second song they asked to turn the lights down on themselves and light up the crowd more. They pointed out that their 21-year-old song ‘Society‘ is more relevant than ever with its political and social economic themes. Their setlist also included several covers, such as ‘Fight For Your Right (To Party)’ by Beastie Boys, ‘Wild In the Streets’ by Circle Jerks and ‘Stand By Me’ by Ben E. King. The skate punk legends legacy is very much alive and well and with Vancouver being the fastest selling date of the tour I am sure they will be back again soon.