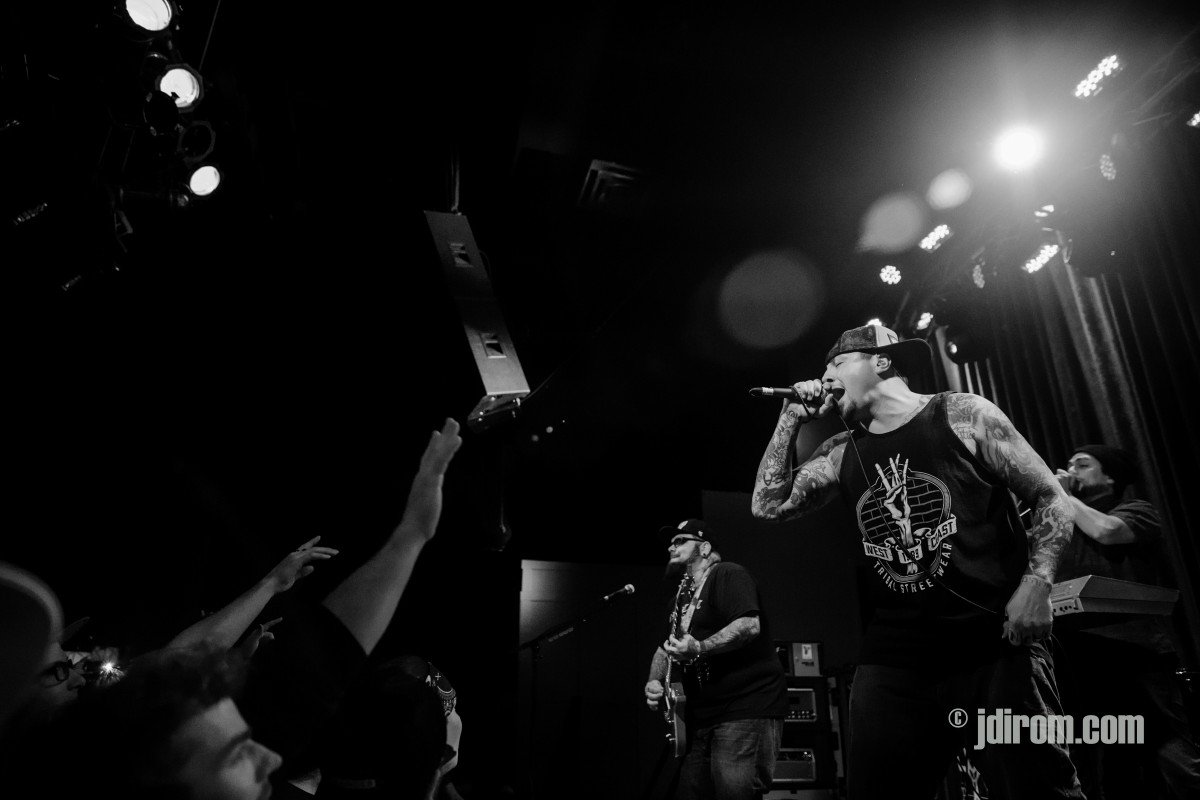 In support of their ninth studio album “The Awakening” P.O.D., made a stop at Calgary’s Marquee. Frontman Sonny Sandoval, was energetic, often whipping his microphone cable, and shaking hands with the crowd. Wuv Bernardo was a beacon on stage with a clear Led lit drum kit that change from blues to reds, with a ‘Dogtown’ stylized P.O.D logo emblazoned on the front.

The crowd itself was extremely pumped up thanks to the openers, The Path Less Traveled a Calgary based rock band ,along with the industrial rock band Negative Earth, and nu metal Islander from South Carolina.