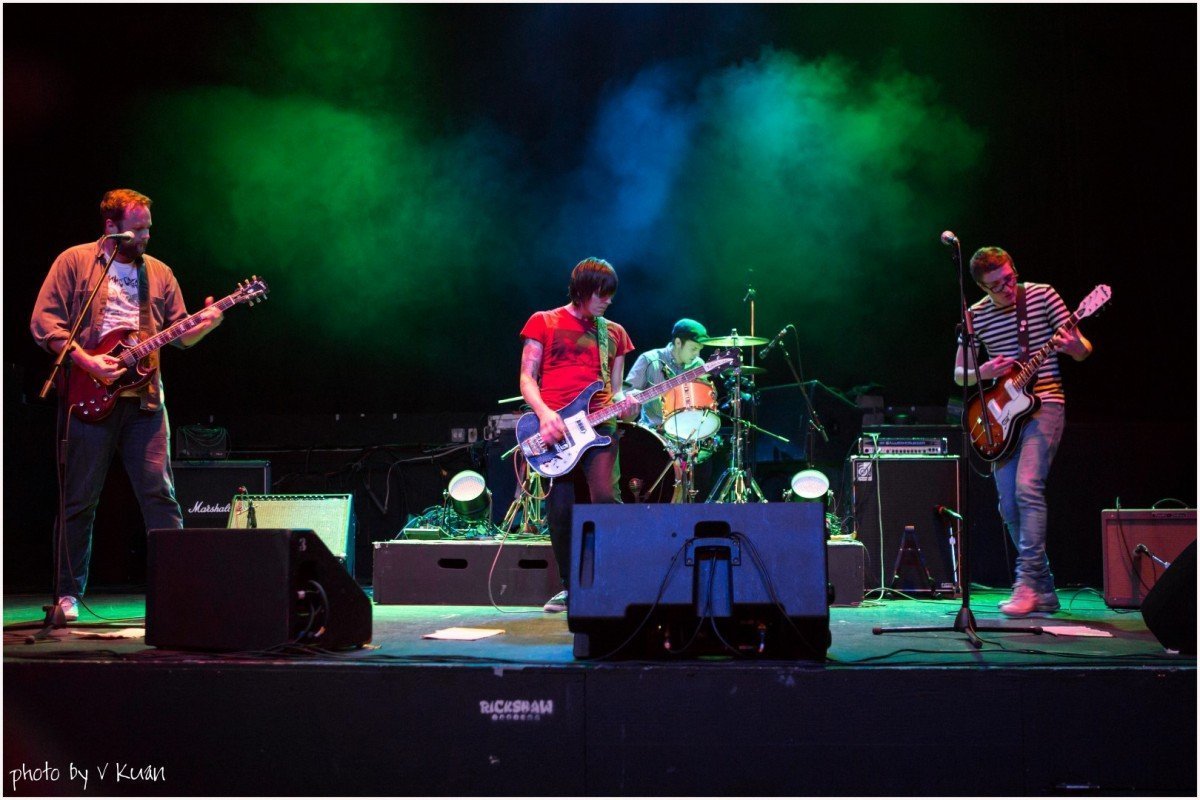 The late 10 o’clock start on a chilly Saturday night did not prevent a great turnout for 4 excellent and varied local bands at The Punk Pop Glam Goth Extravaganza at the Rickshaw Theatre on November 28. The evening was in celebration of the vinyl release of Pointed Sticks eponymous album, their first collection of all new material since 2009’s Three Lefts Make A Right.

Before most of the audience even had time to order their drinks, the evening started off with the “Punk” portion of the show. Nervous Talk kept their foot on the overdrive pedal from the very first power chord and never backed off. Their short fast set brought to mind a collage of The Clash, The Buzzcocks, and Husker Du. Punk is not dead in Vancouver.

The “Glam” was served up by Polly. The trio is fronted by guitarist and singer Paul Leahy, who does his best to be both David Bowie and Mick Ronson in one glitter glam guitar god. The band immediately transported us to the heyday of the stardust 70’s with their straight up rock and roll set. Unfortunately time did not permit one of their spot on Bowie covers for an encore. “Goth” was provided by the aptly named Vampire Bats. Singer Marc Godrey stalked and weaved across the stage like a spidery Nosferatu to the throbing wall of noise created by his bad. He was joined mid set by guest vocalist Bloody Betty who amped up the Vampiric quota for the evening.

The “Pop” for the night came courtesy of Vancouver power pop legends Pointed Sticks. I never got the chance to see them in concert back in the day, but having seen them live numerous times recently, I don’t find myself thinking Pointed Sticks were good, but rather Pointed Sticks ARE good. For a band that doesn’t get together to play all that often, they music they produce live is tight sounding and fresh. Whether they are tired of playing Waiting for the Real Thing for the thousandths time or not, it did not sound like it; it shows how professional they are, or maybe they are just having fun up there. Playing songs from their just released album “Pointed Sticks” plus many hits from their singles and albums past, the Sticks served us that distinctive Vancouver sound well into the night.

4 bands, 4 distinctive sounds in 3 hours equals one hell of a music showcase.