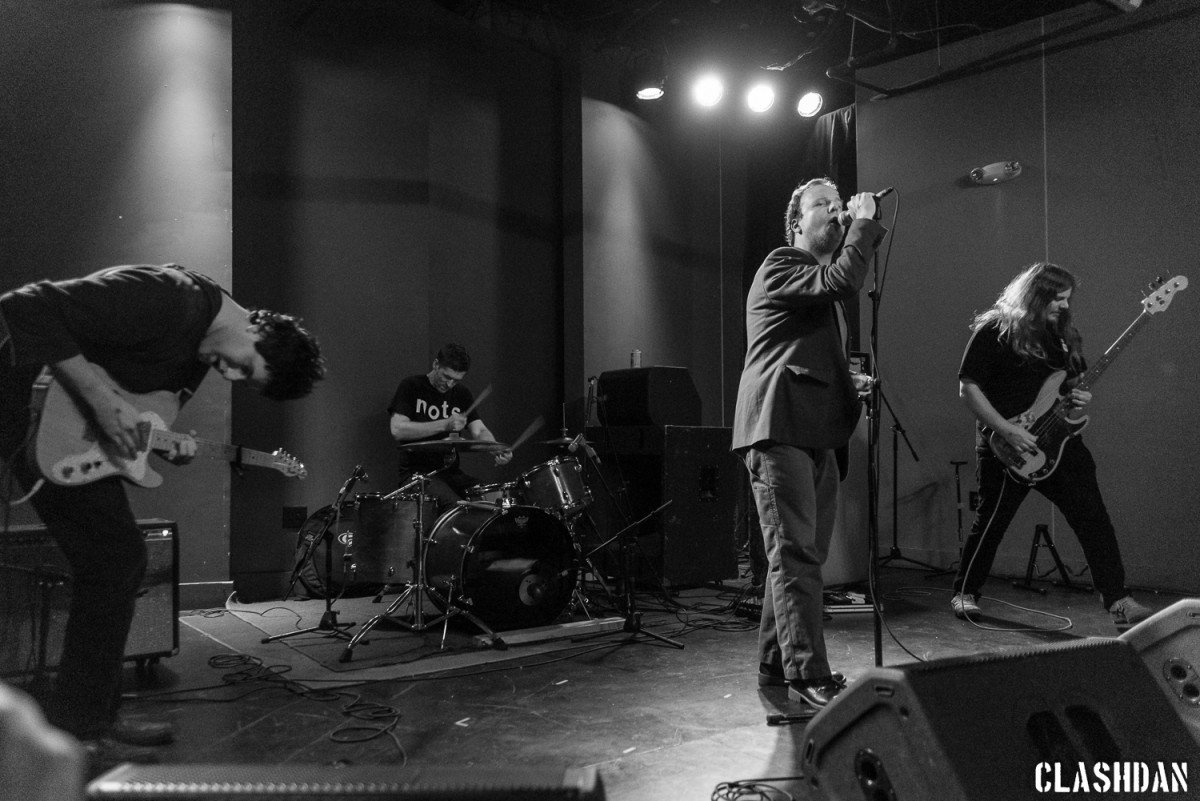 Detroit’s Protomartyr have recently released their third studio album, The Agent Intellect, on Hardly Art Records. The album is an evolution of their post-punk sound and has been met with glowing reviews. The songs are powerful yet approachable, and frontman Joe Casey’s darkly intellectual lyrics are delivered in a more measured manner than on previous releases.

Protomartyr have been on the road taking the new album to the masses, and they recently stopped at Kings in Raleigh, NC. As Joe Casey strode up to the mic with beer in hand, the band kicked off their set with “Maidenhead.” What followed was a roaring run through songs from each of their three albums. The sound was a mix of propulsive drumming, crunchy yet melodic guitar riffs, and punk vocals that ranged from purposeful measured delivery to emotional howling. Highlights included, “Boyce or Boice,” and “Pontiac 87″ from The Agent Intellect, as well as classic songs, “Feral Cats,” and “Scum, Rise!” Protomartyr are one of those bands that take their recorded work and truly elevate it in the live setting. They are worth venturing out to catch if you have the chance.

Opening the evening was local punk trio Natural causes. In the middle slot and stirring the crowd before Protomartyr was Amanda X, a female post-punk trio from Philadelphia. They delivered a short but powerful set of songs from their album Amnesia that mixed crunchy garage guitar, heavy bass, and a pounding beat with an almost pop sensibility.

Check out photos from the show below.