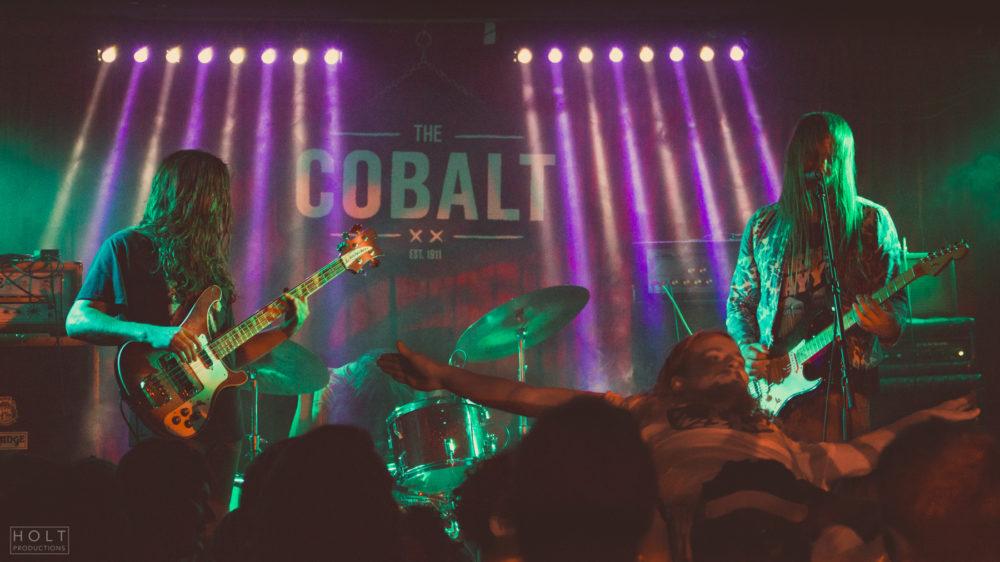 The Cobalt held a stellar evening with psychedelic riffs and bluesy guitar solos.

The main support from New York, USA, The Last Internationale, warmed up the fully packed venue by opening with a cappella song to get everyone involved. The energy of vocalist/bassist Delila Paz and rage-against-the-machine-esque riffs from Edgey Pires was electrifying. Leading into their more popular song “Life, Liberty and the Pursuit of Indian Blood”, it became clear the crowd were ready for more sing-alongs. Delila handed out the microphones to the crowd to start a chant and the audience repeated every note back to her.

After turning the venue into a sweatbox, it was time to step it up even more. The Californian headliners Radio Moscow took to the stage and brought heavier riffs with fat bass lines and scratchy vocal harmonies to accompany it. The psychedelic trio had energized the crowd once again, only this time people were stage diving and crowd surfing every chance they could during the bluesy breakdowns.