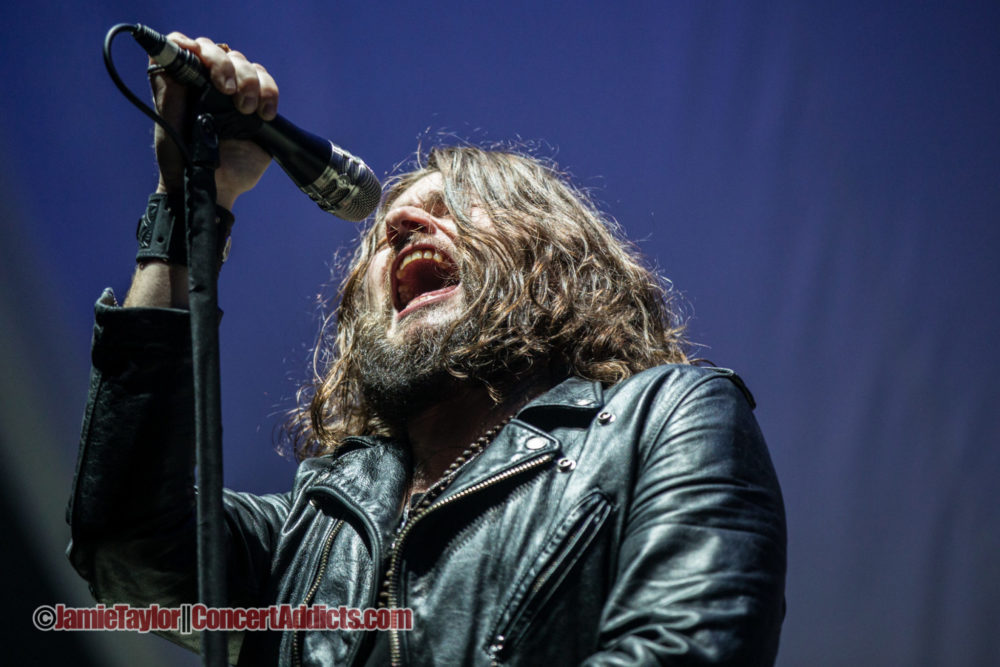 I have been a fan of the Rival Sons for the last few years. They are one of the few bands out there, in the mainstream, bringing a passionate guttural blue-rock sound.

Finally, after a few shows they were opening for were cancelled/postponed, they hit Vancouver. Last night they took the stage at Rogers Arena as the opener for Black Sabbath’s The End Tour.

Looking around, the majority of the people were in attendance at that moment were sitting and talking and waiting.

As The Sons delved into their set, many rose from their seats and began rocking in time.

I am sure a good portion of those patrons had no clue who Rival Sons were prior to last night, but after hearing several of them singing their praise I can assure you the band earned a number of new fans after their performance.

Those Long Beach natives bring a lot of charisma to the stage. Jay Buchanan, on vocals, and Scott Holiday, on lead guitar, in particular are a pleasure to watch. Jay is completely consumed by the music and contorts every muscle in his face willing it from his body. Scott is a rockstar through and through, it’s hard to catch him in a moment where he isn’t in a picturesque pose.

Now I have to hit refresh on their website every second until they announce a new batch of dates.

If you want to get a little more intimate with the band, check out our interview – A Chat With Michael Miley Of Rival Sons