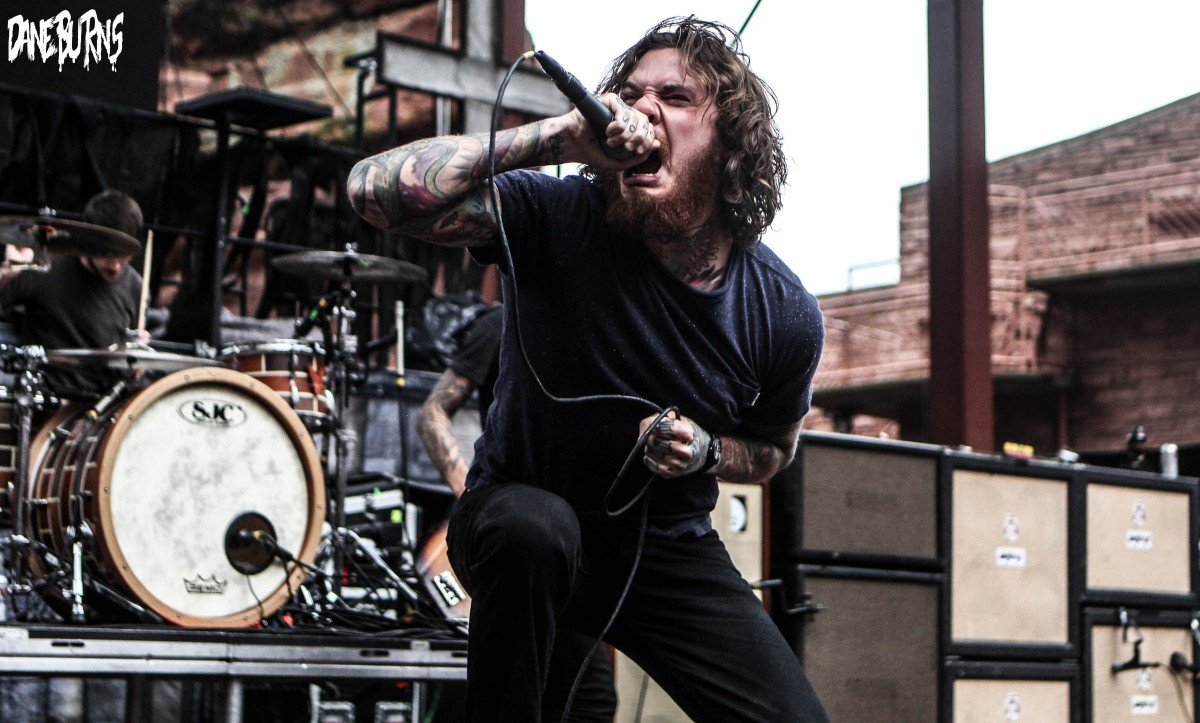 Mayhem Festival began uniting metal fans back in 2008. Now, 7 years later Mayhem Fest is doing the same thing, but bringing the best of heavy metal to spice it up. The crowd got to jump, yell, get drunk and rowdy to the sounds of Slayer, King Diamond, Hellyeah, Whitechapel, The Devil Wears Prada, and Thy Art Is Murder. When the gates first opened the amphitheater had many open seats, but as the time passed not only did the seats become filled but the weather grew darker. The clouds slowly rippled and rumbled together creating a perfect storm. Starting with a light but later heavy rain the clouds gave fans it’s best; unfortunately for the clouds though, metal prevailed. The lighting rig was brought down and covered in tarp, bands stayed warm in jackets and metal fans head banged their wet worries away.

Thy Art is Murder gave the best performance of the night with their high energy and entertainment led by lead singer CJ. The fans became interactive when CJ hopped the rail and ran half way up the amphitheater to give fans a front row seat to the scream fest. The Devil Wears Prada, Whitechapel & Hellyeah followed in the steps of Thy Art Is Murder and continued to heat up the crowd against Colorado’s chilly weather. Each band brought a level of sound and energy that had fans singing along and crying out for encores at the end of sets. Slayer opened their set with fire ball stage pyro carrying all the way to the nosebleeds following in line with the song “Repentless”. The band did not miss a beat and made sure not to leave out fan favorites such as “South Of Heaven” & “Raining Blood” ( both which have been viewed between 1-3 million times on Youtube). Sadly the night had to close but had fans cheering and singing “Angel Of Death”. Needless to say not one fan who bought a ticket was disappointed.

In summary this show was action packed and full of love for what we all enjoy most: metal.

Thy Art Is Murder