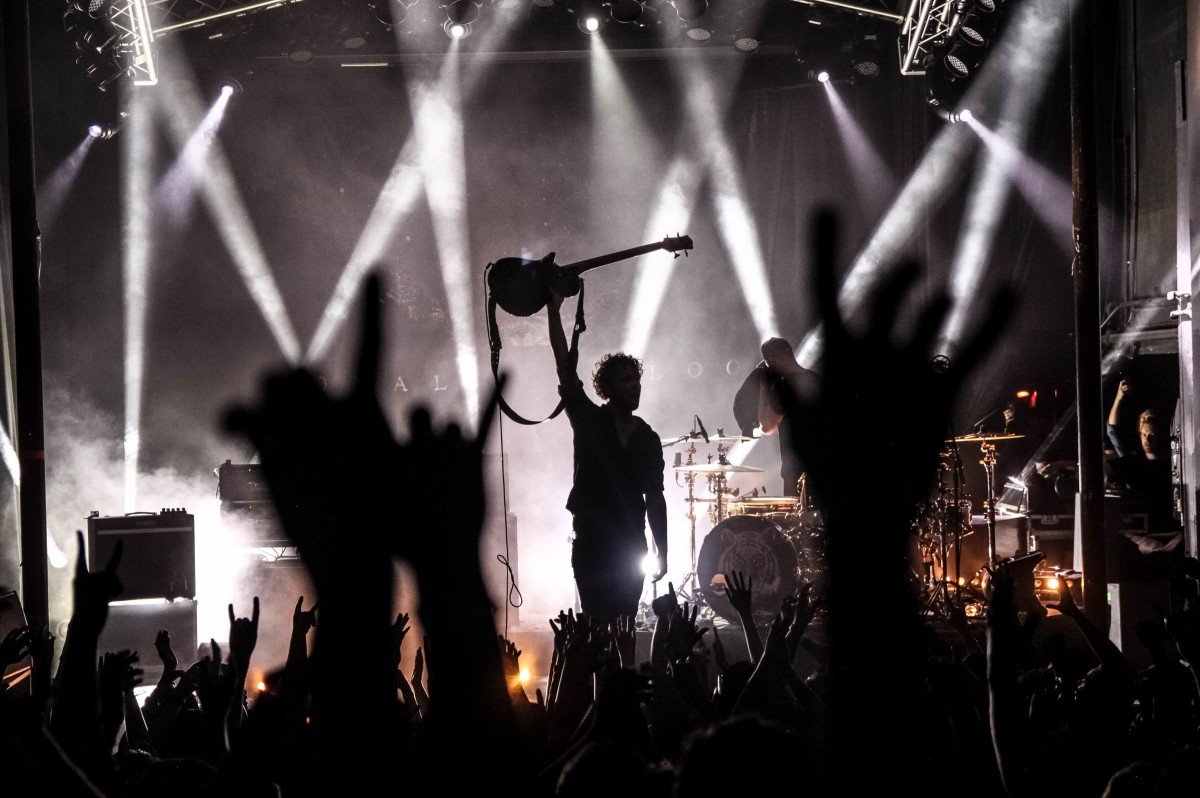 I have certainly paced the crowded corridors of a sold out concert many times in the past, but none were quite like the sold out Royal Blood show I experienced last Thursday night. Royal Blood has undoubtedly been one of my favourite relatively new bands for a while, so getting to see them live was a dream come true. I learned a few things at this show (one being that people will mosh and crowd surf to just about anything), but the most important being that Royal Blood, comprised of bass guitarist and lead singer Mike Kerr and drummer Ben Thatcher, is far from your average bluesy hard rock band, and they definitely don’t play by the rules.

I caught the supporting act to Royal Blood, Bass Drum of Death, a garage rock trio from Oxford, Mississippi that paved the stage for the headliners and amped the crowd up to great magnitudes with their equally electrifying riffs and undeniably exciting stage presence. This triad had clear hopes of making sure the crowd remembered them, and they definitely succeeded. Along with surprising the crowd with their sweet melodies, the guys in this band were also very humble and expressed their gratitude to the audience after almost every song.

I remember as I was attempting to navigate through the sea of fans during Royal Blood’s set I happened to hear one patron say to another, “I really like their riffs”. This happens to reign true for all fans of the British duo, whose tantalizing riffs, along with honest and creative lyrics, and overall unsparing sound helped them gain almost immediate praise and attention in the modern rock world. They are indeed a breath of fresh air when it comes to live performance as well. The band had an interesting lighting choice – in the blink of an eye it would go from pitch black to bright intensified white (the latter being an absolute treat for photographing). Another interesting aspect of this band was surprisingly their walk-on song choice. The guys chose Pharoahe Monch’s heavy rap hit ‘Simon Says’ as their walk-on song, a song that could be considered totally unusual for the genre of music forthcoming, but Royal Blood doesn’t care, because they kill it anyways. Soon after, they jumped in with their song ‘Figure It Out’ and the crowd was absolutely loving it. It kicked off what was about to be an impeccable concert, and no doubt one of the best that the Observatory has seen.

If you’ll be catching them on any day of the rest of their current American tour, then you can expect a visually and audibly stimulating show and even some crowd interaction, but most of all a really freaking great time.

Have any comments on my photos or the show? Leave them below! Thanks for checking out my coverage!