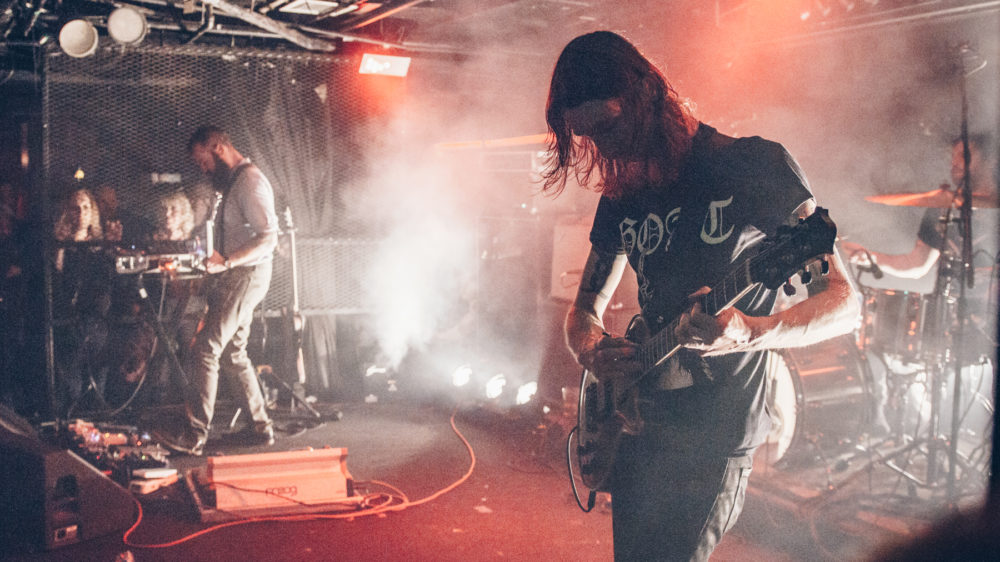 Chicago based instrumentalist’s Russian Circles sold out the Biltmore Cabaret in Vancouver on a Monday night. The venue has a low stage, barely a foot off the ground and viewing angles from all around, if you can get to the front. The trio came on to a dark, back lit stage ready to awe the crowd. Their sonic intensity rumbled the venue opening with their head-banging 2008 track ‘Station‘.

Despite the low visibility and how packed the room was, one could simply close their eyes and be immersed by their sound. Stage right was bassist Brian Cook using a foot-operated analog synthesizer to maintain the soundscapes and torrential squalls. On the center back of the stage was Dave Turncrantz on the drums providing ferocious post rock/metal beats. Finally, on stage left was Mike Sullivan supplying intricate multi-layered guitar riffs with his fleet of effects pedals.