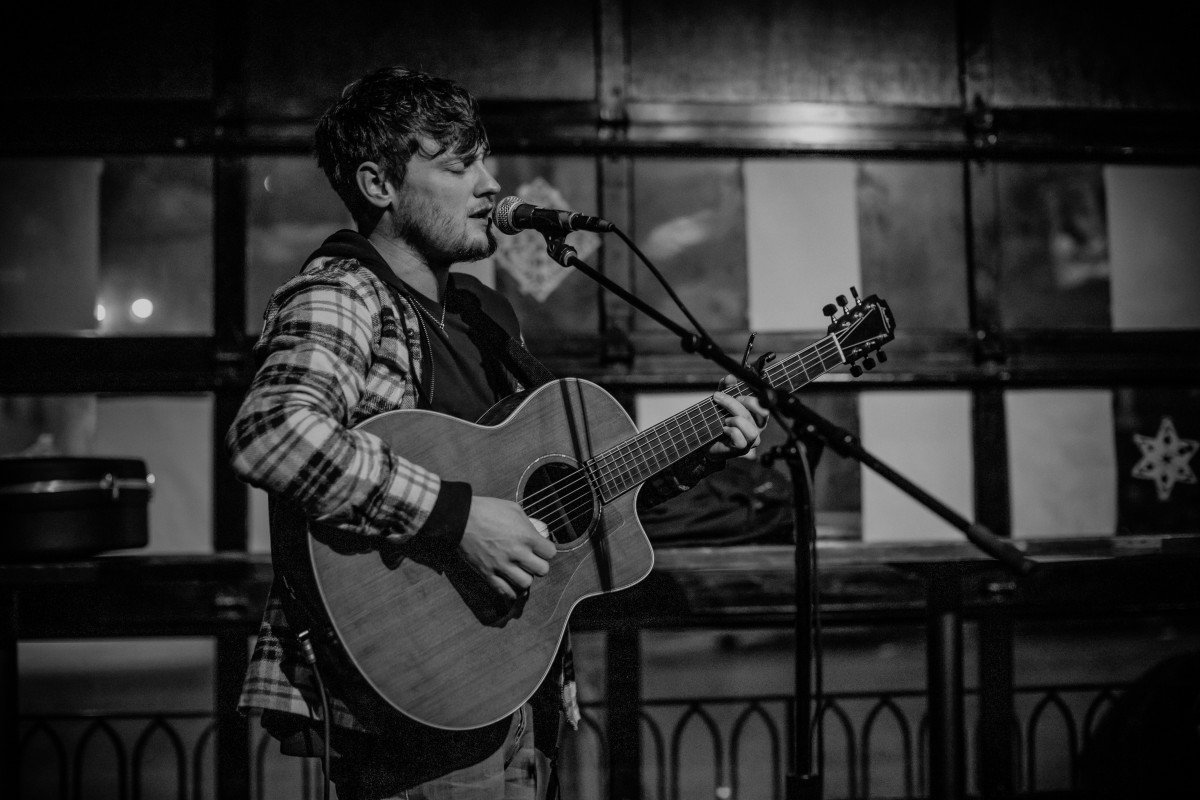 Irish singer/songwriter, Ryan McMullan, made a sold out stop at the Crocodile Backbar in Seattle over the weekend.

As he wowed the small (mostly Irish) crowd, his powerful voice rung over the club music next door, prompting many people walking down the street to pause and look through the windows, several stayed for a song or two before carrying on with their Saturday night.

Leading into one of his most well known songs, “Bowie on the Radio“, McMullan had a bewildered and amused look on his face as he looked up at the tv which had been playing 90’s music videos through the night. David Bowie was on the TV. Not sure there has ever been a finer transition.

On this small US tour leg, the Irishman’s set was paired back to just him and his guitar. But, to be honest, his vocals fill a room and you forget that other instruments even exist. Who needs them when you sound like he does?