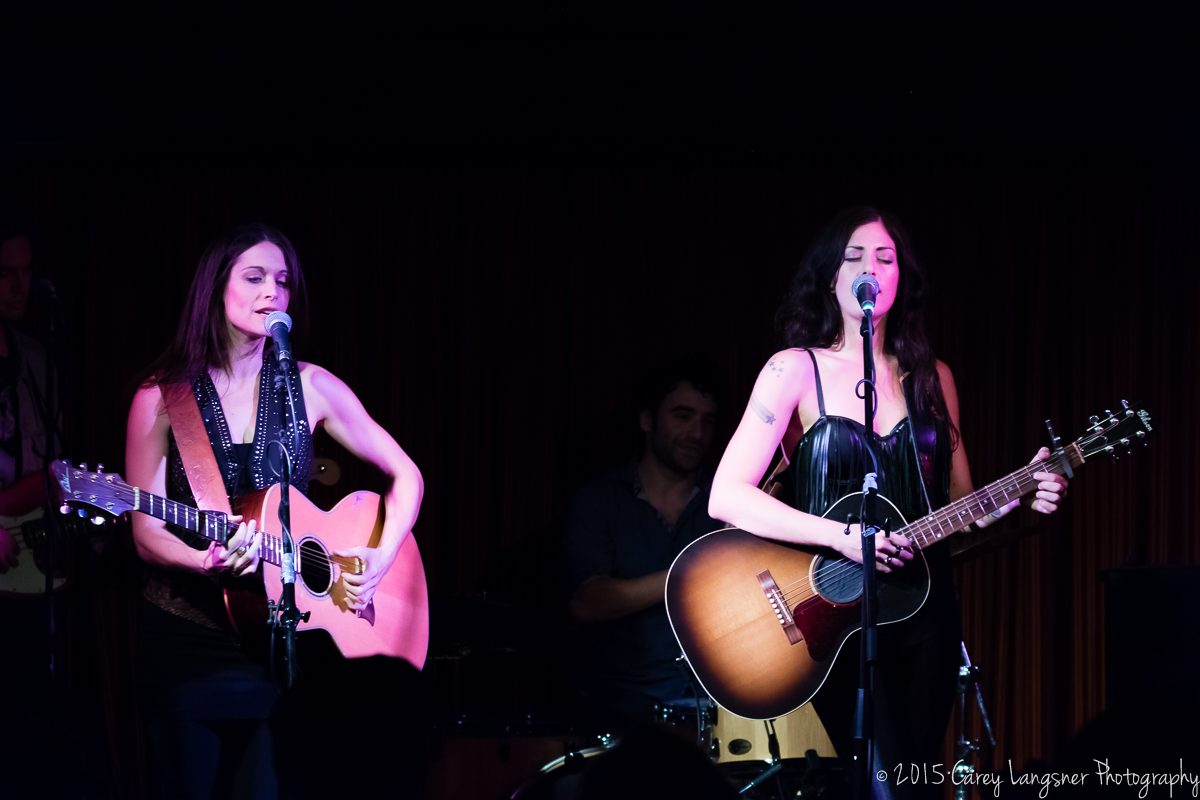 From Harley Davidson jackets to cowboy hats, from the young to the young at heart, Scarlett Jane performed their country/folk music for all at The Casbah in Hamilton, Ontario on September 23rd.
Scarlett Jane, consisting of Andrea Ramolo and Cindy Doire, had the audience hanging on every note and between songs entertained the audience with stories about how a song came about and how they used to behave. At one point, Andrea even laughingly reprimanded Cindy for talking to other band members and not paying attention while she was talking to the audience saying “if you are not paying attention then why would they (the audience) pay attention?”.

At one point during the set, the ladies joked that due to union rules, they had to give their band members a 15 minute break every hour. Without their band behind them, Andrea and Cindy performed a couple of songs with Andrea kicking her heels onto a piece or hardwood reminiscent of Stomping Tom.

Scarlett Jane is currently on a cross Canada tour promoting their self titled CD. The ladies will be travelling as a duet without any back-up band.
Video of Scarlett Jane singing Wild Fire http://bit.ly/1G8m2n3