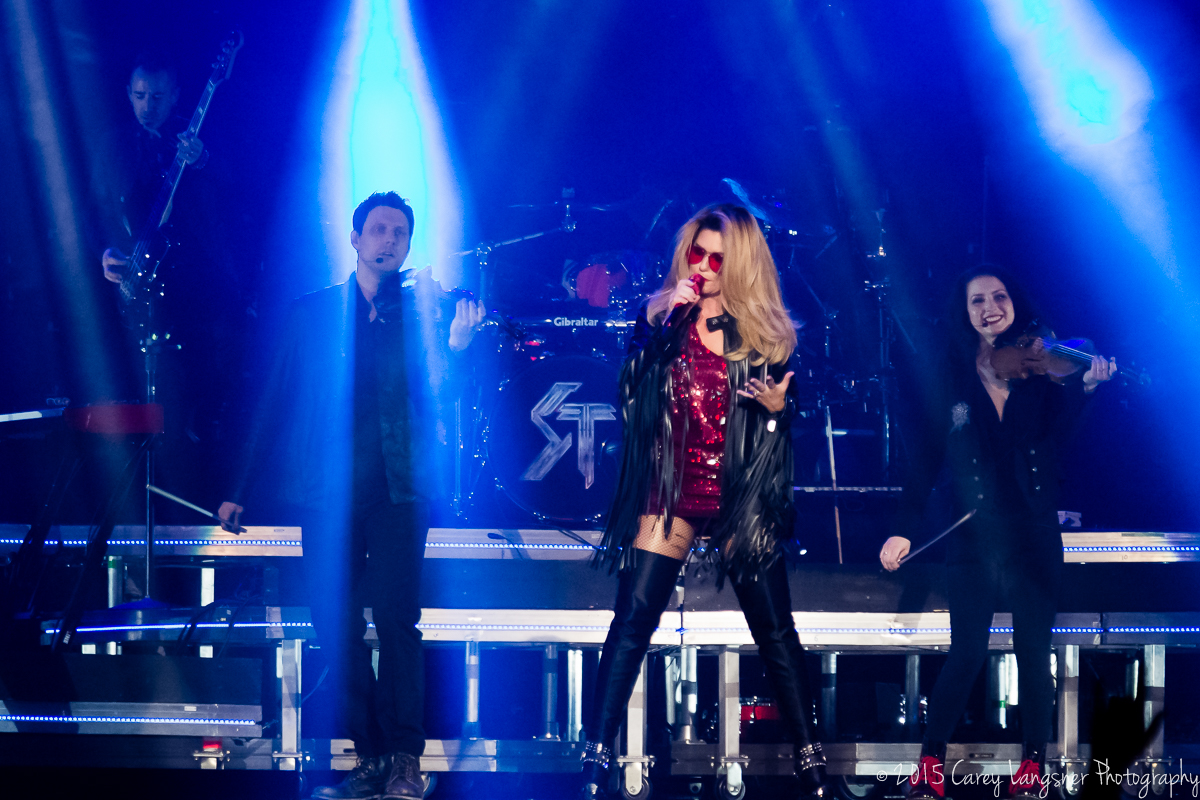 Shania Twain is back on the road touring after an 11 year hiatus. During that time she had a two-year Las Vegas residency, where she performed 105 shows in Shania: Still The One. The show opened in December 2012 at Caesar’s Palace and finished in December 2014. She is now on a 5 month final tour performing 67 shows across Canada and the United States. The remainder of her “Rock This Country” tour dates for her final tour can be found at:
http://news.shaniatwain.com/
On Monday night, Shania hit Hamilton’s First Ontario Center and performed to 14,000 energetic fans. Shania started the Hamilton show by rising out of the stage on a platform that towered over the crowd while singing Rock This Country. Shania was dressed in a pink dress, thigh-high boots and pink sunglasses. From the moment that Shania hit the stage, the entire crowd were on their feet singing along to every song, with a thunderous boot stomping going on during Whose Bed Have Your Boots Been Under. An entertaining evening for all.