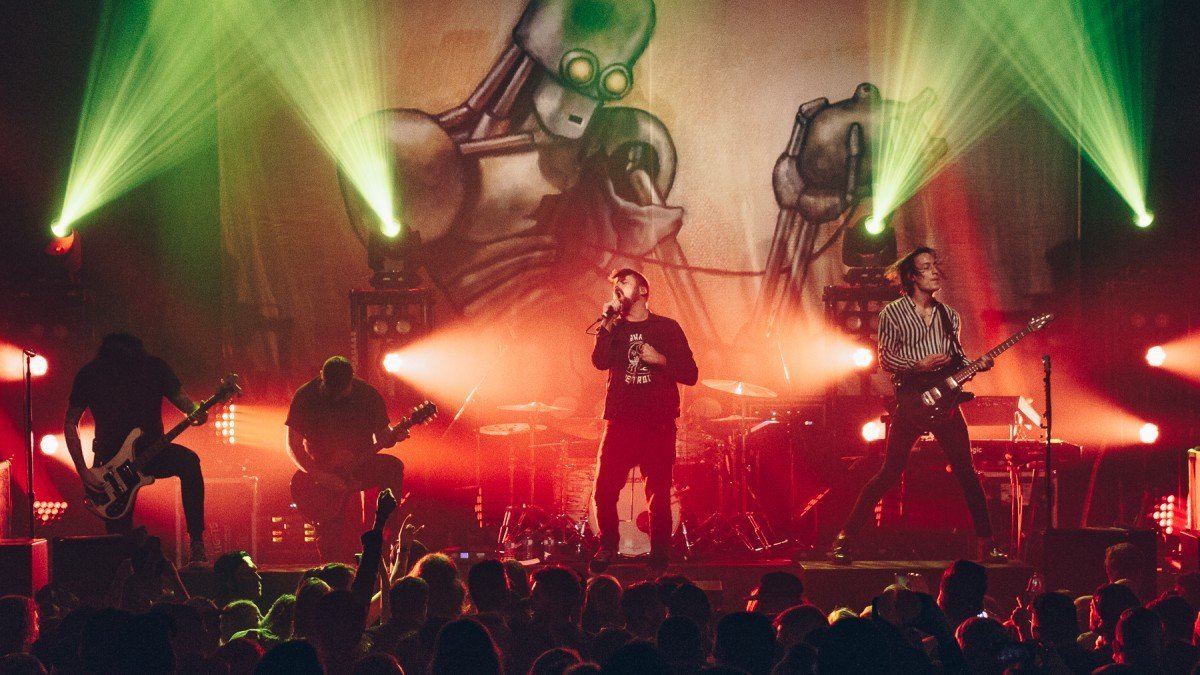 It was a night of throwbacks for emo high schoolers from the early 2000s. The crowd was full of people now in their mid 20s and early 30s, ready to relive those angsty feelings.

As Cities Burn lit up the stage with their energetic frontman TJ Bonnette coming on after the band had warmed up the crowd for their first song. The Nashville based band have been around since 2002 with only three full length albums, the last one was released in 2009 but clearly they had left an impact.

If you know anything about the “emo”-era, then you must have heard of the veterans Hawthorne Heights. The alternative rockers opened with their 2006 track ‘This Is Who We Are’ which had the entire crowd bouncing with their distorted guitars and chugging breakdown outro. In between songs lead singer JT Woodruff acknowledged how special the tour was and that many people were here on a nostalgic trip. “I used to listen to Hawthorne Heights in high school” was projected on the sides of the stage and JT asked the crowd to put their phone lights on to pay respects to fallen musicians such as the Rev from Avenged Sevenfold and their guitarist that had passed away in 2007. Suddenly the venue felt a tenth of the size with everyone letting go.

The Canadian post-hardcore headliners Silverstein came out to a thoroughly warmed up audience eager to hear the 15 year-old album ‘When Broken Is Easily Fixed’ along with their other hit songs. Unlike some anniversary tours, they played the album in order and the fans screamed the opening chorus of ‘Smashed Into Pieces’ with several people crowd surfing. Their performance was solid with every note and perfectly harmonized vocals from lead singer Shane Told and guitarist Paul Marc Rousseau. After the final 10th self-titled track ‘When Broken Is Easily Fixed’ ended, the band played their latest track ‘Afterglow‘ released in 2017 which was more upbeat and poppy than the previous songs. This lead to several more throwbacks to much older songs and closed the show with acoustic renditions of ‘Aquamarine’ and their most popular song ‘My Heroine’.