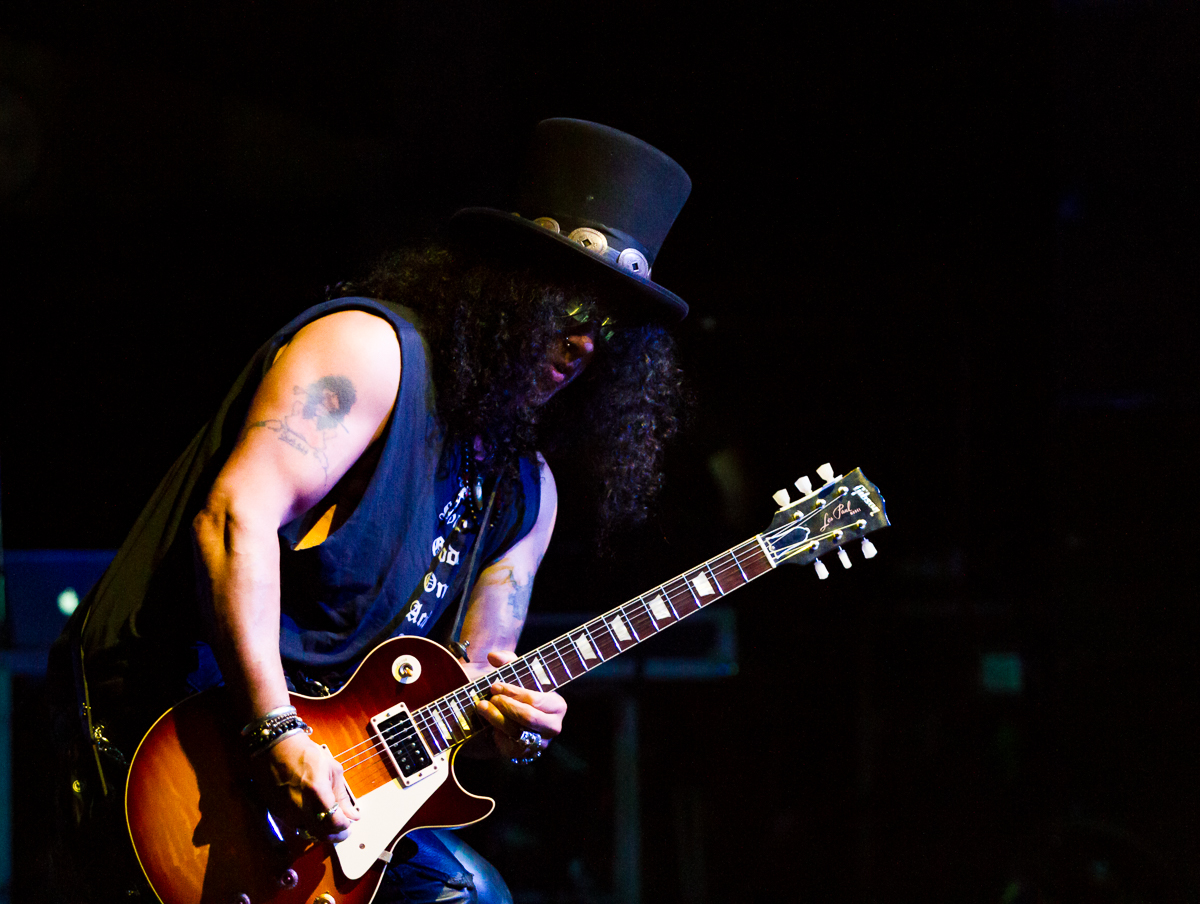 On September 21st 2015 I had the opportunity to shoot Slash for the first time as his World on Fire tour rolled into Hamilton. The setting for the night was Hamilton Place Theatre. This theatre is known for its outstanding acoustics.

What can I say about Saul Hudson aka Slash that already hasn’t been said. The former lead guitarist of Guns N Roses, Slash’s Snakepit and Velvet Revolver has achieved worldwide success.

Slash has teamed up with vocalist and guitarist Myles Kennedy. Kennedy has been part of Cosmic Dust, The Mayfield Four, and Alter Bridge.

Together they are Slash featuring Myles Kennedy and the Conspirators…as we all know.

The opening act was a band out New York called The Last Internationale. This band takes folk roots seriously. This was my first time seeing them play. I became an instant fan of this band. If you have not seen them, please put them on your list of bands to see.