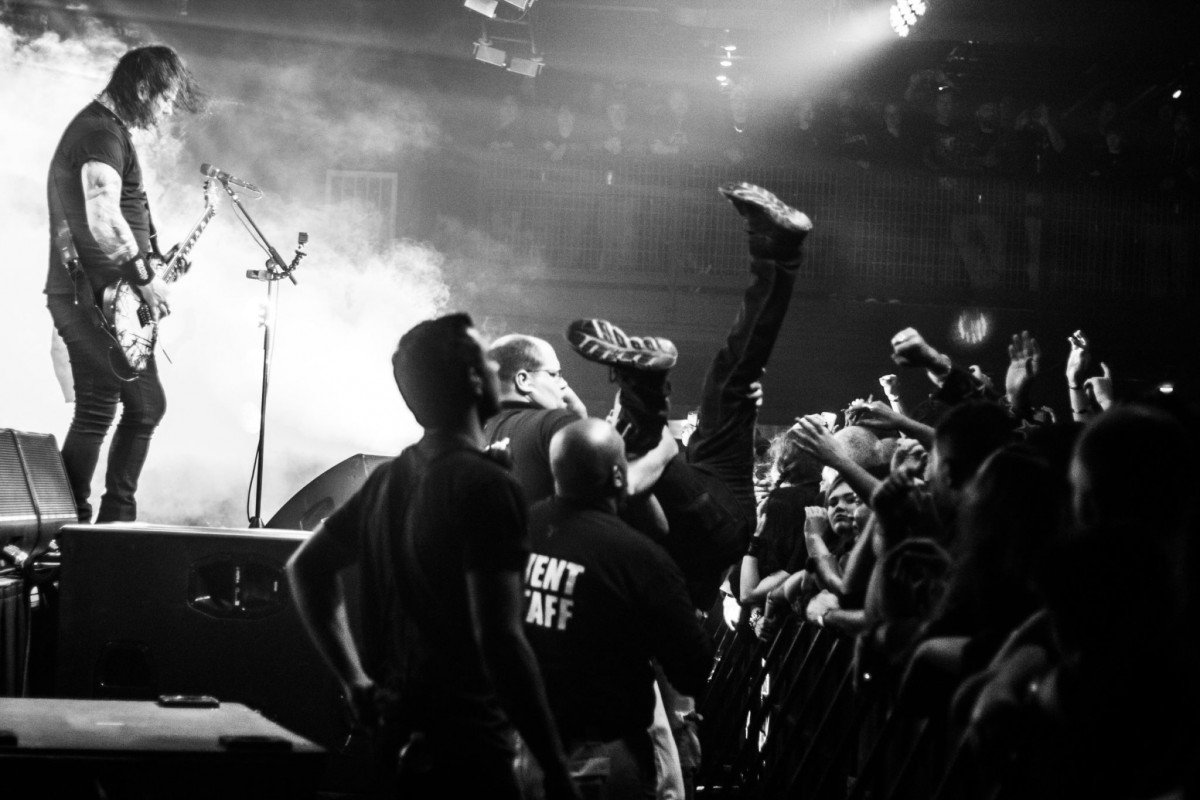 Though the Ritz is a fairly small venue, Slayer, Testament, Carcass and the sold-out crowd made the ambiance truly massive.  Carcass opened the show with heavy, unadulterated death metal.  As I had never been to one of their shows, the power of their performance shocked me- their experience was evident in their stage presence and crushing delivery.  Though their style wasn’t quite in line with Slayer’s thrash metal, it surely did not feel out of place.

Testament followed, with a more slayer-esque atmosphere.  The hammering of Gene Hoglan’s bass drum resonated throughout the crowd- from the photographer’s pit I swear it moved me.  The emotion behind Steve DiGiorgio’s playing was unmatched- only adding to the aggressive nature of the show. Surprisingly, the crowd hollowed out into a wall of death about halfway through the set- an antic I thought was simply legend in today’s metal scene.  This was my first real exposure to thrash outside of Slayer, and surely did not disappoint.

Slayer’s set was everything that the hype suggested and more. Crowdsurfers passed through the crowd during the entire set, and the pit never ceased. The collective breath-holding and subsequent release during the intro to Raining Blood was truly a spectacle- teenagers and forty-somethings all bristling with anticipation.  The most striking thing about this crowd, though, was the number of younger kids at the show.  It was unexpected for such an old band, but nevertheless seeing music transcend generations was something to see.  Though I’d never seen Slayer before, their live performance definitely left me wanting to experience it again.