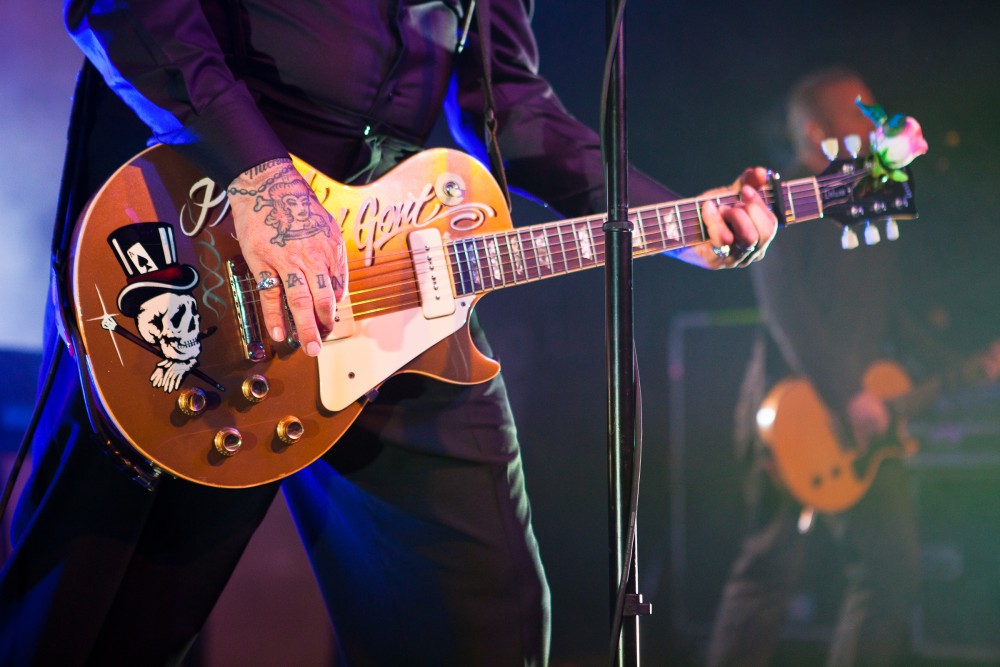 Growing up in the Orange County punk scene there were a few constants; drinking beer in alleys before shows, getting confused looks by affluent suburbanites because of all the black clothing, and Social Distortion. A band so ingrained in the landscape of Southern California punk rock that even people who professed to not like the band had seen them at least 5 times. Many of those times were at month-long residencies at the old House of Blues in Downtown Disney. A Social D show is equal parts kick-ass Rock concert, annual misfit gathering, and an excuse to get dressed up, slick back your hair and strut your shit.

This element of and concern for cool has always set Social Distortion apart from their peers. Rather than letting the intensity of the circle pit drive his songwriting, Mike Ness takes inspiration from so many different places that it results in an often imitated, but never replicated brand of Rock and Roll. And damn do they always deliver an amazing night of music, oozing with style and personality, dropping the 1,2,3 punch of “Reach For The Sky”, “Highway 101”, and “Don’t Take Me For Granted” to start things off. From there it was solid song followed by solid song.

It’d been over a decade since I’d last seen Social Distortion and their openers were more of the punk variety. Much like the influences of Mike Ness, which come from a more timeless era of sneering cool. The openers for this tour were emotionally vulnerable performers who put on captivating, raw sets.

How Jade Jackson isn’t gracing much larger stages is beyond me. With the poise of a veteran far beyond her years and a hauntingly beautiful delivery, her future looks bright.

Drenched in backlight and stark silhouette, Aaron Lee Tasjan took over the stage for thirty minutes of frenetic, kick-ass rock. The band was tight and ripped through, captivating the crowd. I’d love to see them come back and headline a venue like the Tractor Tavern.