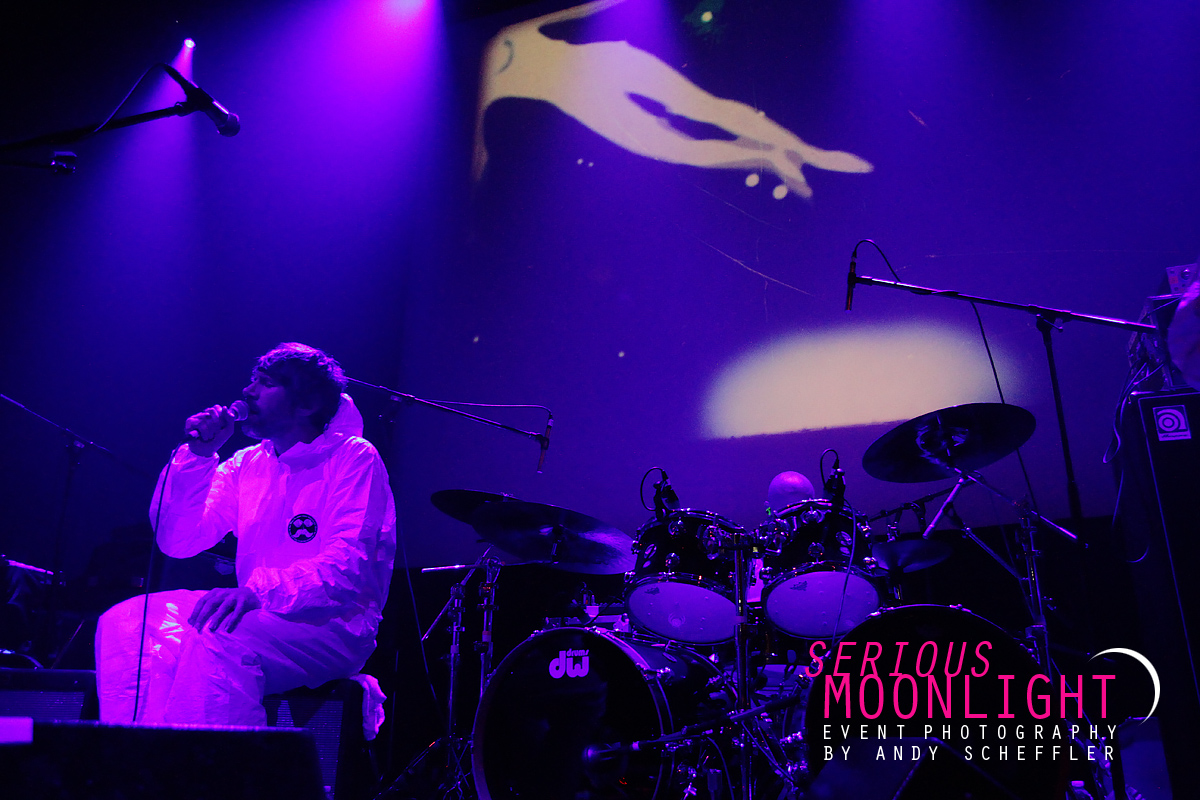 Super Furry Animals made a return to Vancouver with Dead Meadow in tow. Droney guitar and a spacey vibe pervade Dead Meadow, and a huge portion of the crowd seemed to be in the room specifically for them. A number of people were bootlegging the show on their phones, or clinging to the edge of the stage to keep their bearings while they flung their heads around blissfully. As they left the stage, one guy behind me said that was the best show he’d ever seen. Others were openly wondering who the Super Furry Animals were. It may as well have been two separate shows. Indeed as the stage crew swapped from one band’s set-up to the other, so to did the audience at the front of the room change entirely. It was a completely different pile of people crushed frontward for SFA, whose long-standing poppy psych tunes at once mesh with and stand apart from Dead Meadow. Hopefully both bands made some crossover fans tonight. SFA’s set included projected visuals and a whole lot of dark, plenty of pedals, a giant red Power Rangers helmet, and white coveralls. They do know how to create an atmosphere.