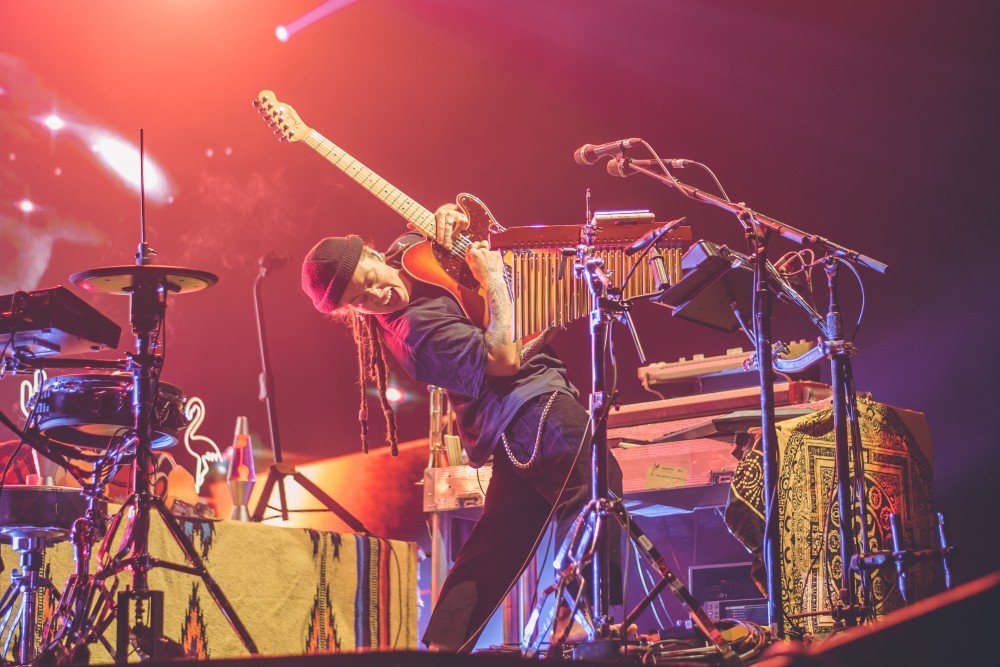 Melbourne native Tash Sultana made a stop in Vancouver during their Flow State World Tour at the Doug Mitchell Thunderbird Centre. Sultana’s style can be seen as a combination of psychedelic, reggae, and alternative rock that uses a variety of twenty instruments, such as guitar, bass, piano, drums, trumpet, saxophone, and many more. Before their appearance, the eager crowd was cheering for the light technician while awaiting Tash’s arrival. The tension grew as the fans watched the light display hit the smoke from the burning incense and once Sultana entered the stage, the crowd erupted with screams as they began their set. Mixing hits from albums Flow State and Notion, and guitar solos with hip-hop beats, they did not disappoint with their impressive performance for the massive crowd ahead of them. At one point they threw a set of drumsticks into the crowd after a solo that left the fans cheering and wanting more. The barefooted performer made the stage their own and really showed how a talented artist can captivate their audience. This was my second time watching Tash live and I can say without a doubt she is one of the best artists I’ve had the chance to see live.