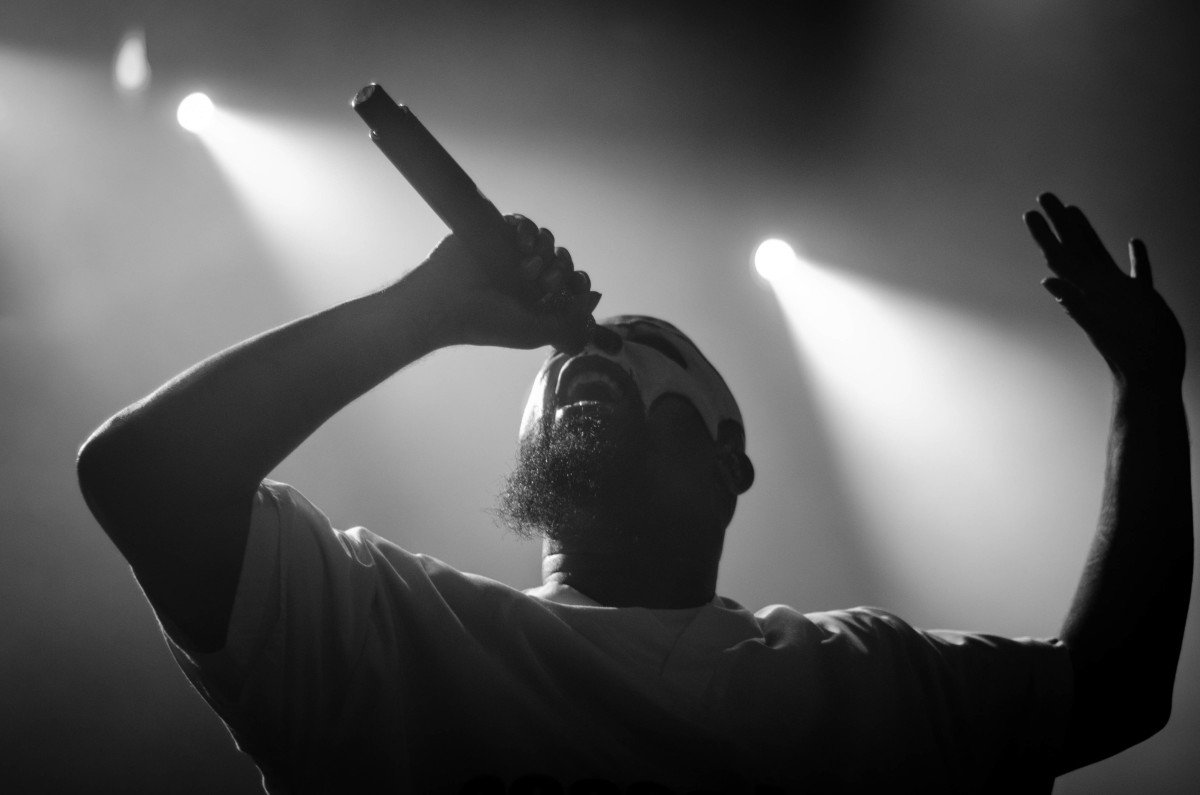 Tech N9ne has a reputation as one of the hardest working artists in rap music.

He has been releasing tracks for some 15 years. He tours, constantly. His shows are high energy, with Tech bouncing around the bare stage erratically as his beats try to keep up with him. His emotions are obvious; he yells for a moment and then he is suddenly laughing with the audience between songs. Whatever he is staring at in the crowd finds a loud intensity – no one can doubt that even after all these years he likes what he sees.

The fans at the Vogue mirrored their favourite rapper. They can’t stay still. They are smiling and screaming at the same time. Its an incredible atmosphere and it is expected because they know its a Tech N9ne concert.