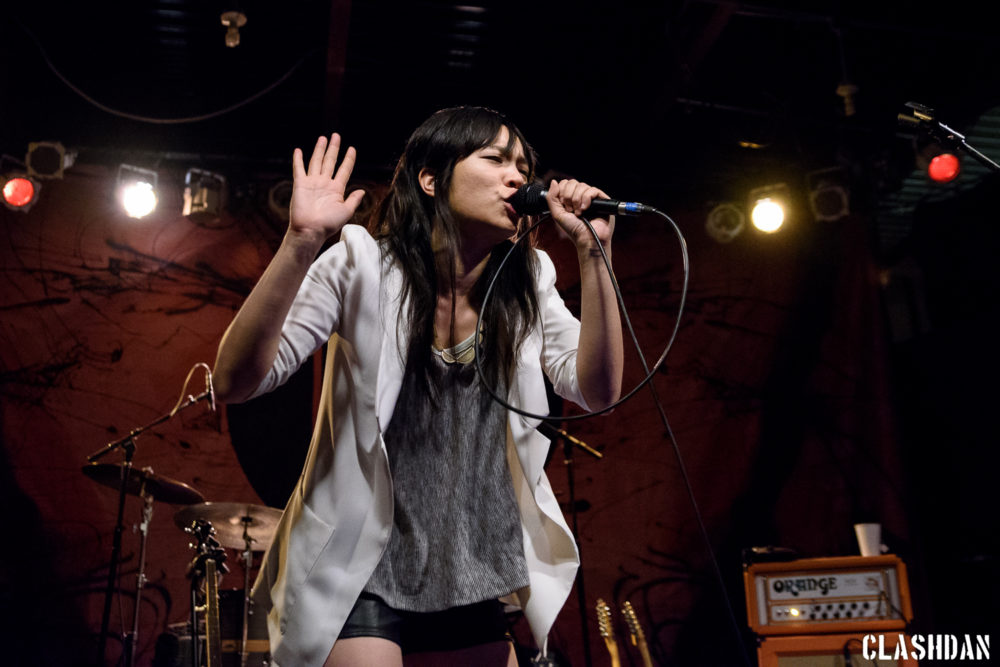 Earlier this year Thao & The Get Down Stay Down released their fourth studio album, A Man Alive. The album is both the most personal release from singer-songwriter Thao Nguyen, but also arguably the most experimental. The album was produced by Merrill Garbus, of the eclectic music project tUnE-yArDs. Thao has pushed herself lyrically by writing about personal and emotional topics like her relationship with her father with a deeper level of honesty and vulnerability than previous releases. Sonically she breaks new ground with a more aggressive electronic and beat-heavy approach that certainly tips its hat to the influence of Garbus’ production.

Thao & The Get Down Stay Down have been on the road touring behind, A Man Alive, and on the homestretch of a run of US tour dates, they stopped at Cat’s Cradle in Carrboro, NC. Thao and her bandmates have always delivered powerful and emotional performances and this one was no exception. The robust new songs fit comfortably in the set with previous crowd favorites. Able to easily transition from a whisper to an emotional howl, Thao was able to keep things varied and interesting without ever really taking her foot off the accelerator. Thao & The Get Down Stay Down were a force to be reckoned with and their high energy set was mesmerizing.

The evening started off with a captivating set of pop and art rock with some folk undertones from Little Scream. Little Scream is the stage name of Laurel Sprengelmeyer, a Canadian-based singer, songwriter, and multi-instrumentalist. Little Scream garnered attention and a 2011 Polaris Music Prize for her debut album, The Golden Record. She has recently signed with Merge Records in the US and Dine Alone Records in Canada, and plans to release a new album this spring.

Check out photos from the show below:

Thao & The Get Down Stay Down