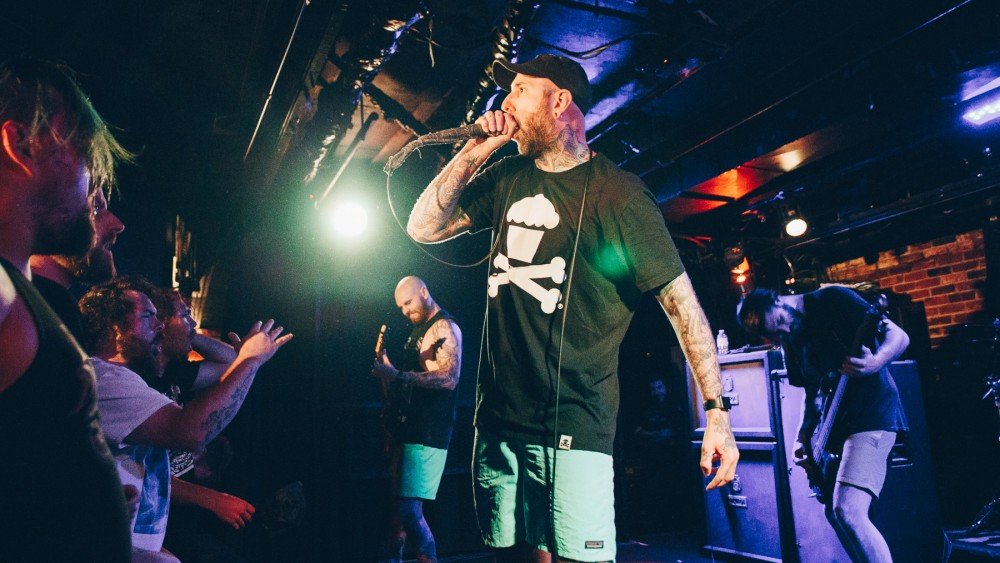 It was a Sunday night of brutal riffs and guttural vocals at the Biltmore Cabaret. American death metaller’s The Acacia Strain came through Vancouver for the 10th anniversary of their 4th album release ‘Continent’. Their setlist was a mashup of older songs in between their album play through, with classics such as ‘Whoa! Shut It Down!’.

Vocalist Vincent Bennett had a strong and engaging stage presence, getting the crowd to abide his commands whilst hosing them down with several bottles of water. Many of their hardcore fans were fed the microphone to scream the lyrics which energized the crowd even more.

Their extreme down tuned sound consisted of two guitarists, one 7-string (Devin Shidaker) and one 8-string (Tom “The Hammer” Smith, Jr.) who shredded the night away. The hypnotic groove that had everyone head banging was provided by bass player Griffin Landa and drummer Kevin Boutot.