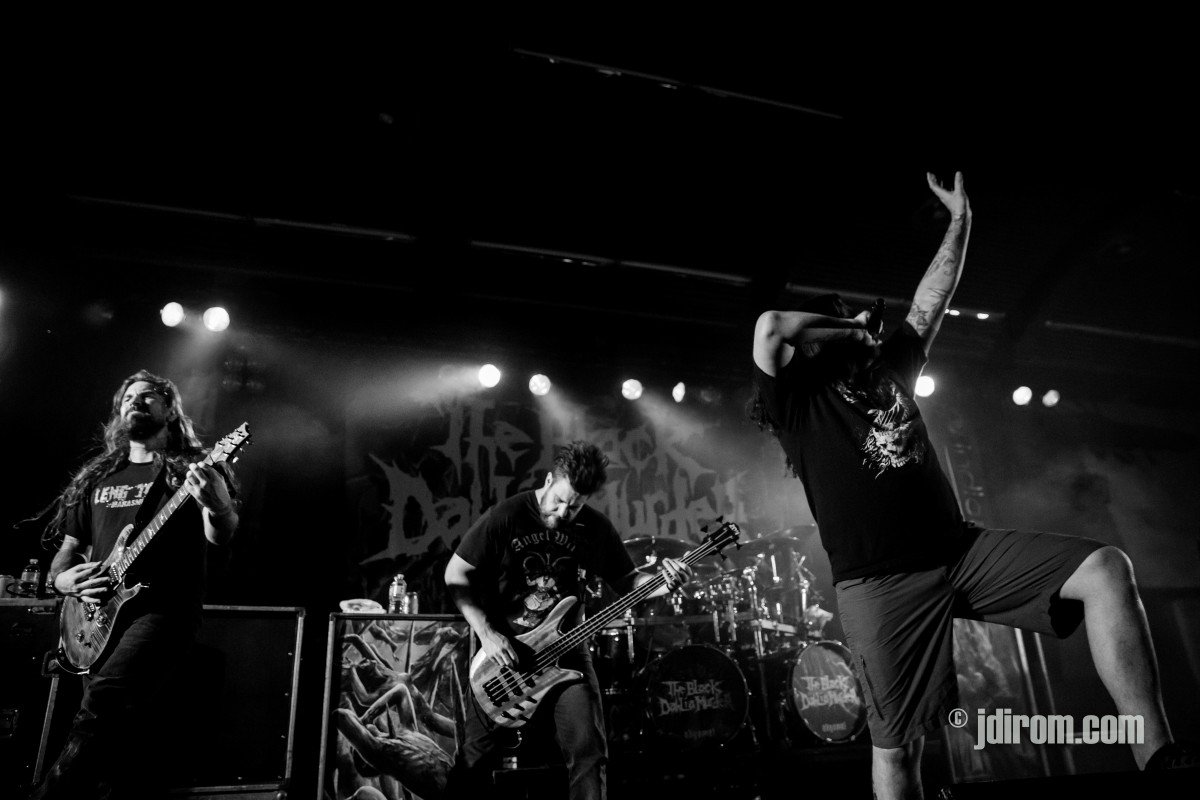 Strong backlighting, floods of reds, and heavy greens was the lighting scheme for the night. The Black Dahlia Murder through the crowd into an instant frenzy, which had already seen massive mosh pits , and circle pits devour the floor growing in size as the show progressed through the openers Maruta, Harms Way, and Iron Reagan. In fact punk metal band Iron Reagan had almost the entire crowd involved in a circle pit “old school style”.

The Black Dahlia, took no prisoners, fans got a taste of some of the band’s latest offering Abysmal, as well as a good selection of songs from their past offerings. Trevor Strnad, moved constantly back and forth across the stage, often leaning in and pointing to the crowd, which was bobbing in unison up at the barrier.