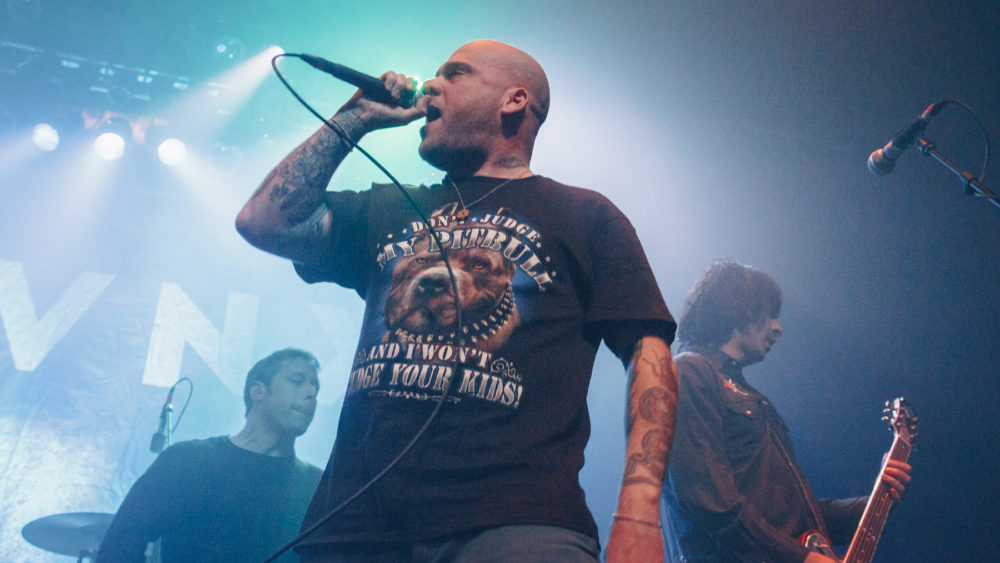 Los Angeles based punks The Bronx came through the Rickshaw Theatre on Monday night for their fifth album release tour ‘V’. The band have been going for 16 years now and are no stranger to rallying up an energetic live show. They came through Vancouver last year and played at the Biltmore Cabaret which turned into a giant sweatbox. Tonight, even with a bigger space to fill, they made it feel just as intimate.

Lead singer Matt Caughthran came on stage with 3 beers in one hand and a beaming smile to greet the raging crowd. Without warning the band kicked straight into ‘Sore Throat‘. The relentless energy from the guitarists Joby J. Ford, Ken Horne, bassist Brad Magers and drummer David Hidalgo Jr. gave no excuse for anyone in the venue to stand still. Matt in particular constantly engaged with the fans, passing the mic, jumping into the pit and climbing the nearest PA.

If you are looking for a fun punk show that will leave you with a smile, go see The Bronx.