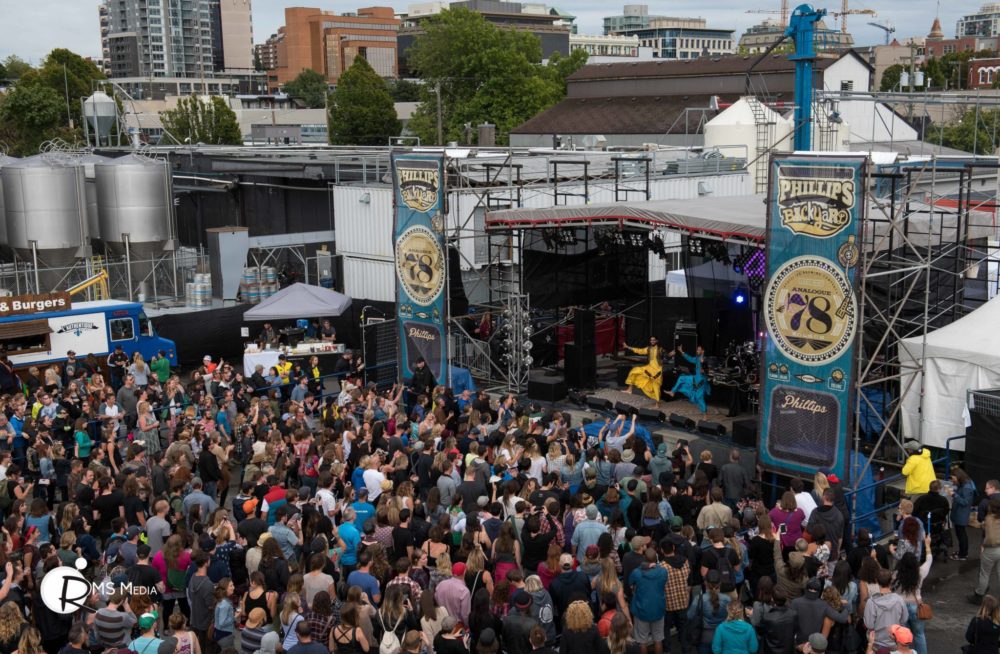 The Phillips Backyard Weekender ran July 8-10th at the Phillips Brewery site in Downtown Victoria, for Three days of rock, rap, funk, folk, and fun. This year’s lineup featured Magnificent DJ Jazzy Jeff, Milky Chance, Bahamas, The Funk Hunters, Dumpstaphunk, LIINKS, A Tribe Called Red, RDGLDGRN, Desisubculture, Manatee Commune, Monolithium, Pickwick, & Old Man Canyon among many others. The Phillips Brewery outdoor concert venue set up has an announced capacity of 3,000 & it appeared to be at maximum all weekend long, even one day of rain didn’t stop the crowds.

Some of the weekends highlights:

New Orleans funk legends Dumpstaphunk’s rendition of Led Zeppelin’s Ramble On, these guys crushed it. Ivan and Ian Neville proved that they are world class without a doubt.

Washington rap trio RDGLDGRN were a crowd favorite, they were able to get the laid back Victoria crowd into a frenzy. Hope that Pierre Desrosiers is ok after the fall from stage mid-set.

The most anticipated set of the weekend was from German electro-folk duo Milky Chance, whose worldwide hit, Stolen Dance, happens to be one of the most-streamed songs in history. They did not disappoint.

DJ Jazzy Jeff had a solid set, it was a rare treat to catch him in this part of the world, the place went off with Summertime and Prince’s Purple Rain.