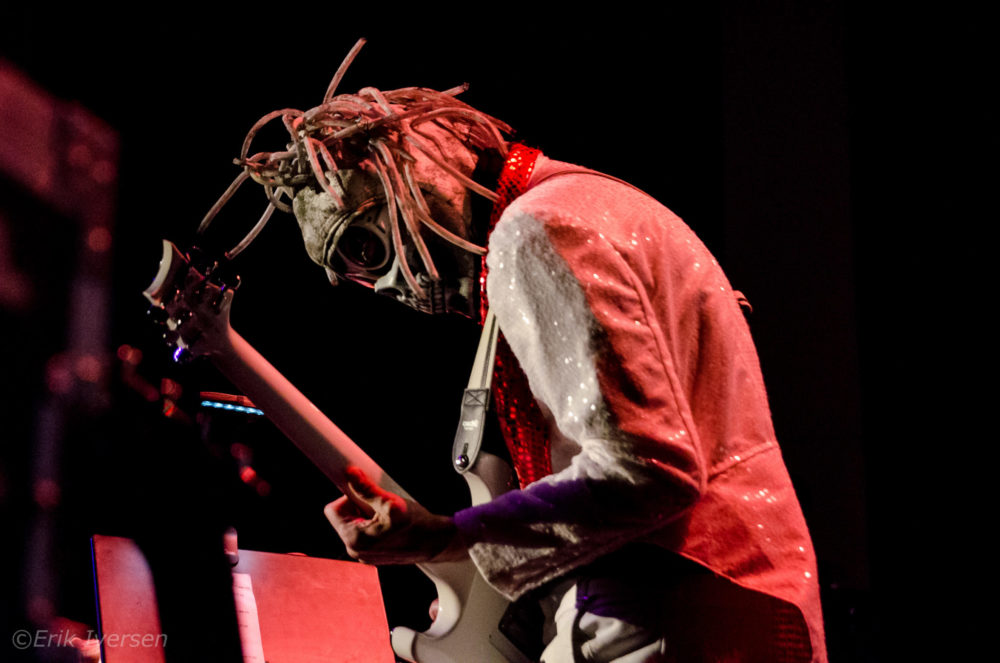 There were no iconic eyeball heads, but The Residents still remain anonymous behind masks and costumes, the identities of the members of the group unknown for more than 40 years. The current touring band consists of only three members fronted by singer “Randy Rose”. Each major tour by The Residents has a theme, and for Shadowland the songs tell stories centered around death. Between each few songs pre-recorded video clips had different characters telling their stories of dying, near-death experiences, and reincarnation. Past concert tours featured much more theatrical presentations, but Shadowland is bare-bones. A nearly empty stage with the three performers, a globe looking like a giant light bulb for the video clips, and psychedelic patterns projected behind the band.

As an added treat to hard core Residents fans, the Rio Theatre screened a new documentary feature film before the concert. Theory of Obscurity describes the origins of the group, their experiments in music and film, and the cutting-edge use of new technologies. Of course there are no interviews with members of the band, but most of the people who have worked for Cryptic Corporation appear in the film as well as fans of the band, from members of bands like DEVO and Talking Heads to Simpsons creator Matt Groening.

Theory of Obscurity: a film about The Residents