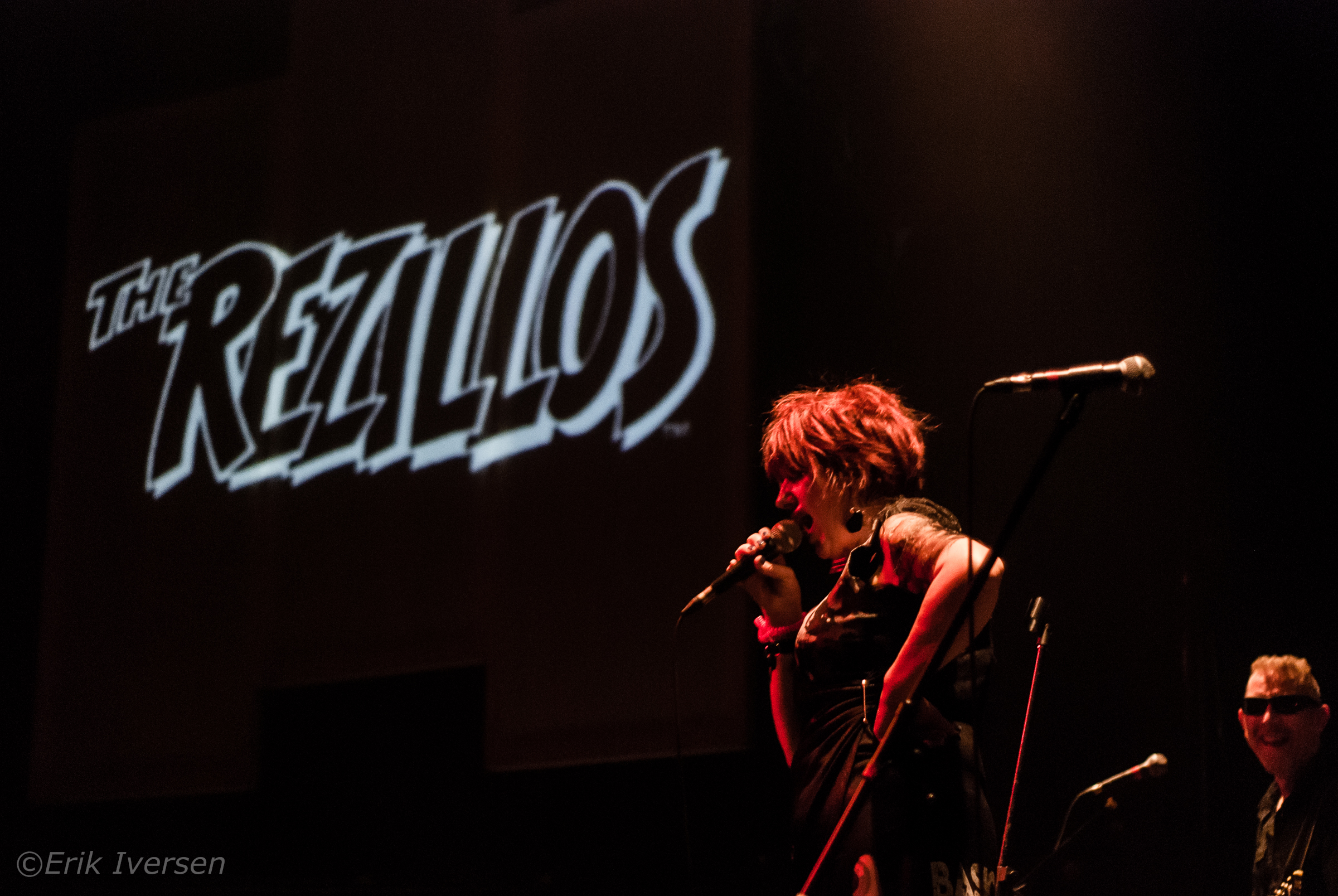 This concert was huge for me. When I was a college radio DJ in the early 80s I’d play one or two cuts from the album ‘Can’t Stand The Rezillos’ every shift. The music is bubblegum punk played at double speed, and it’s amazing that more than 35 years since it was recorded the band still sounds so good. From start to finish it was loud, fun, and they never stop moving. This was the first stop on their latest North American tour, and the crowd loved it.

The opening act is fronted by the underground legend Kid Congo Powers. Kid co-founded The Gun Club with Jeffrey Lee Pierce in 1979. He went on to be a member of The Cramps and Nick Cave and the Bad Seeds through the 1980s and 90s, before launching into a long and productive solo career. With The Pink Monkey Birds he still plays old Gun Club and Cramps songs as well as his own blend of swamp voodoo punk-influenced blues.