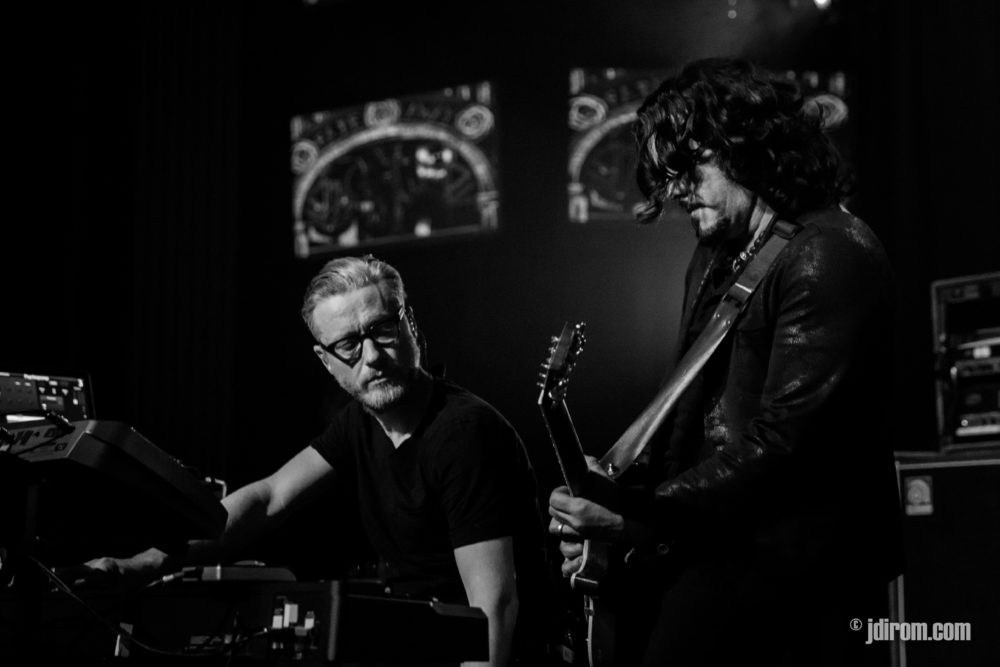 It is hard to believe that it has been 20 years since the 1997 release of The Tea Party’s album “Transmission”. The new branded Palace was packed to capacity, as it was the last time the band played there in 2014. Fans were pressed up against the stage in anticipation, on a night that they would be treated to full night of The Tea Party. No opener, just two sets from a band that has provided some of the best rock music produced ever in Canada.

Set one consisted strictly of the songs from Transmission, the album that gained the band a nomination for a Juno for “Blockbuster Rock Album of the Year”, as well as going double platinum. Army Ants launched the night with front to back album performance. Jeff Martin, Jeff Burrows, and Stuart Chatswood’s musicianship was simply flawless, and a delight to behold.

The second set the band returned to play some fan favourites from the bands other six albums. Starting with The River from the bands debut album in 1993 Splendour Soils, and kept the crowd gripped until closing the night with Sister Awake from The Edges of Twilight (which also earned the band a couple of Juno nominations).

The Tea Party continues to impress with a solid performances, and a solid adoring fan base. If you have not taken the time to see The Tea Party live, you need to get out an catch a live performance.

Set 2:
The River
Fire in the Head
Oceans
Heaven Coming Down
Save Me
Sister Awake