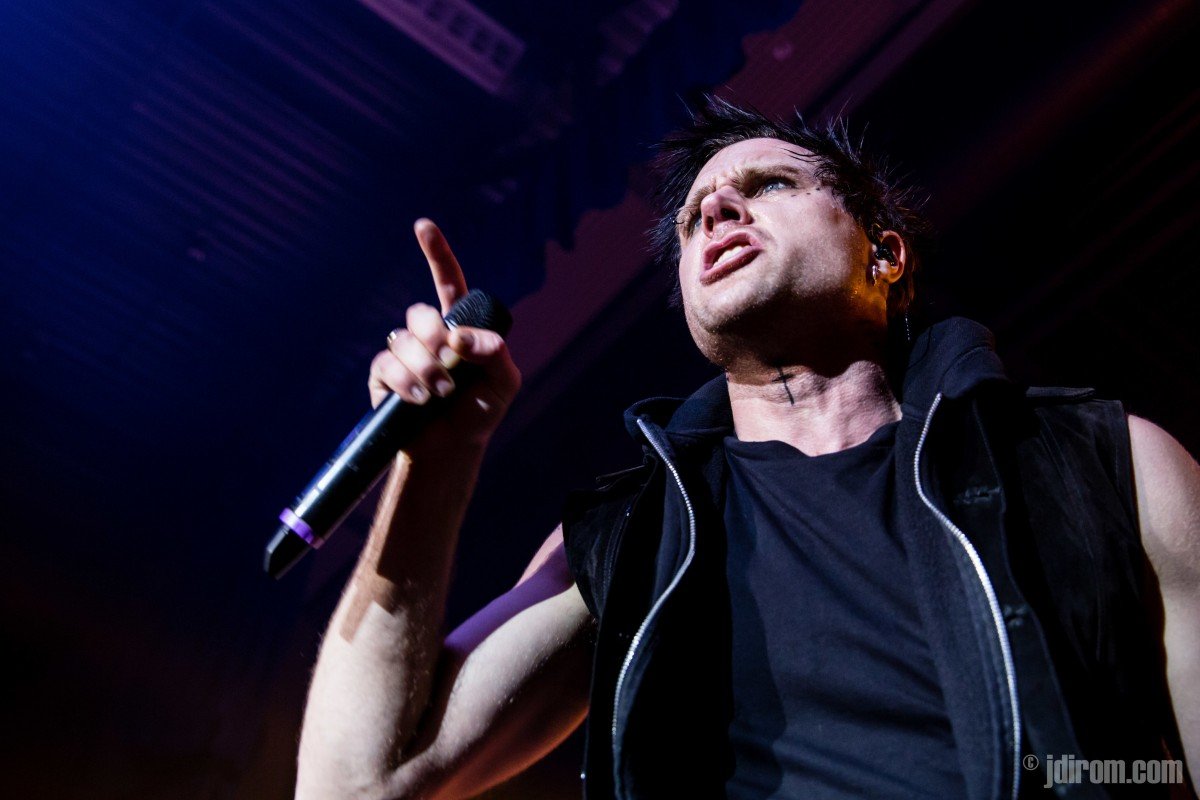 Arejay Hale, the drummer of Hailstorm, at the end of their set worked the crowd into a frenzy. He stood upon the speaker rack pumping his fist and the crowd responded in kind. MacEwan hall was at capacity and it was evident from the get go that it was going to be an electric show. The stage was set up with multiple ramps leading up to drummer Neil Sanderson who sat high above the rest of his band mates. With Matt Walst at the helm, he was flanked by Barry Stock lead guitarist to his right, and bassist Brad Walst to his left.

© J Dirom
From the moment the band launched their set with, “I Am Machine”, Walst was animated and on the move often jumping onto a row of speakers past the edge of the stage, making his way back and forth pointing and interacting with the crowd. As the band moved into the second song of the night “Just Like You” saw the crowd singing along and pointing back at Matt as he pointed out to the crowd. Moving into “So What”, followed by “Pain”, there was no stopping the intensity of the crowd and band alike.

The night saw the band run through a selection of songs throughout their five studio albums including “Break”, Human Race”, “Painkiller”, “Fallen Angel”, and “The Good Life”. Along with a great drum solo by Sanderson after home.

© J Dirom
Three Days Grace was a highly energetic show, with fantastic lighting and atmosphere. A show well worth taking in.