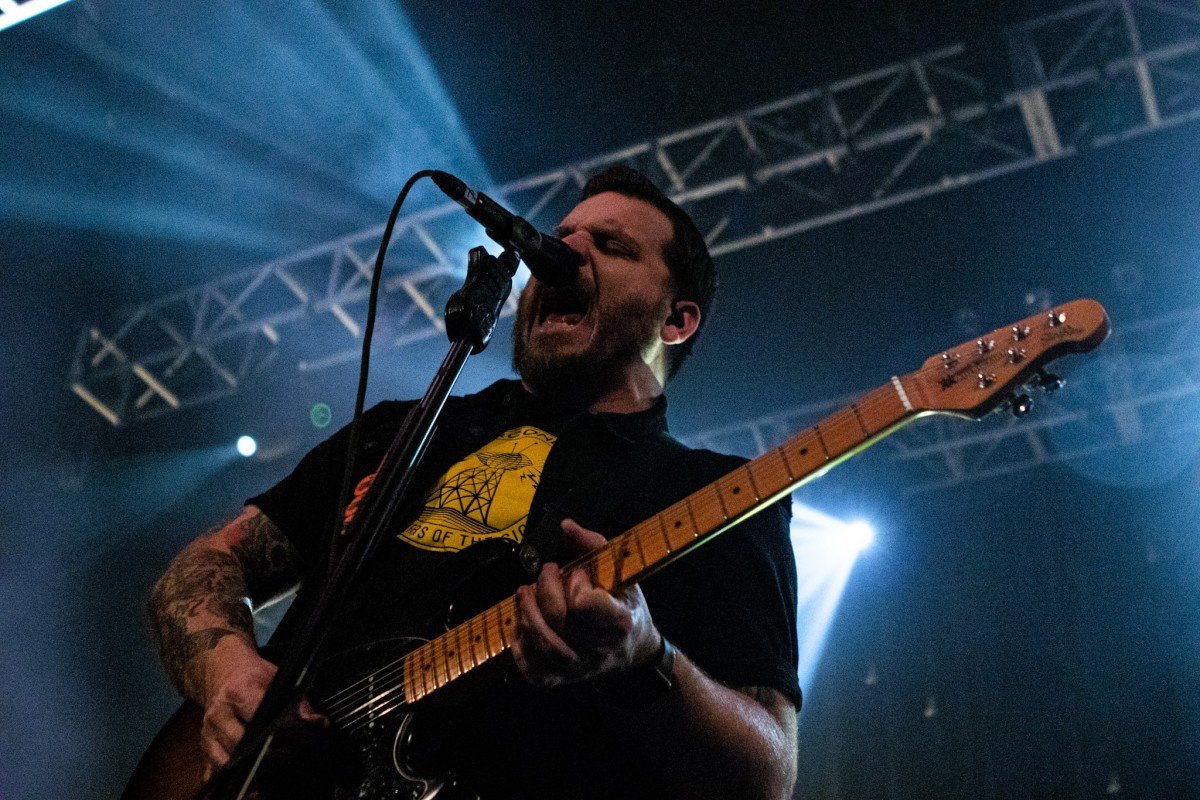 The Fox Theater, a venue that many artists have performed at and continue to go. When you first walk up, the venue looks like you’re about to see a broadway show. On the marquee, it read “VIVA! & GOLDENVOICE PRESENTTHRICE TONIGHT!”. The building filled up quickly with fans and soon after the show began.

Thrice, an American rock band from Irvine, California, formed in 1998. This band consist of Dustin Kensrue; lead vocals, guitar, and percussion, Teppei Teranishi; guitar, keyboard, and backing vocals, Eddie Breckenridge; bass, synthesizer, backing vocals, and occasional guitar, and Riley Breckenridge; drums. When Thrice came out on stage, the crowd got ready for a show they would never forget. They opened up their set with Image of the Invisible, Between the End and Where We Lie, and The Earth Will Shake. While in the barricade, I couldn’t help but smile listening to every Thrice fan in the building sing along with the band. Since Thrice has been around for two decades now, their fan base has so many age groups and it was amazing seeing everyone come together to support the show. As the concert went on the crowd got more into the performance. They played Circles, which at that point everyone couldn’t help but rock out and sang their hearts out. If you haven’t seen Thrice, I highly recommend you do, because you really would not regret it. To conclude, I wish nothing but the best for this band and hope they continue for many more years to come.