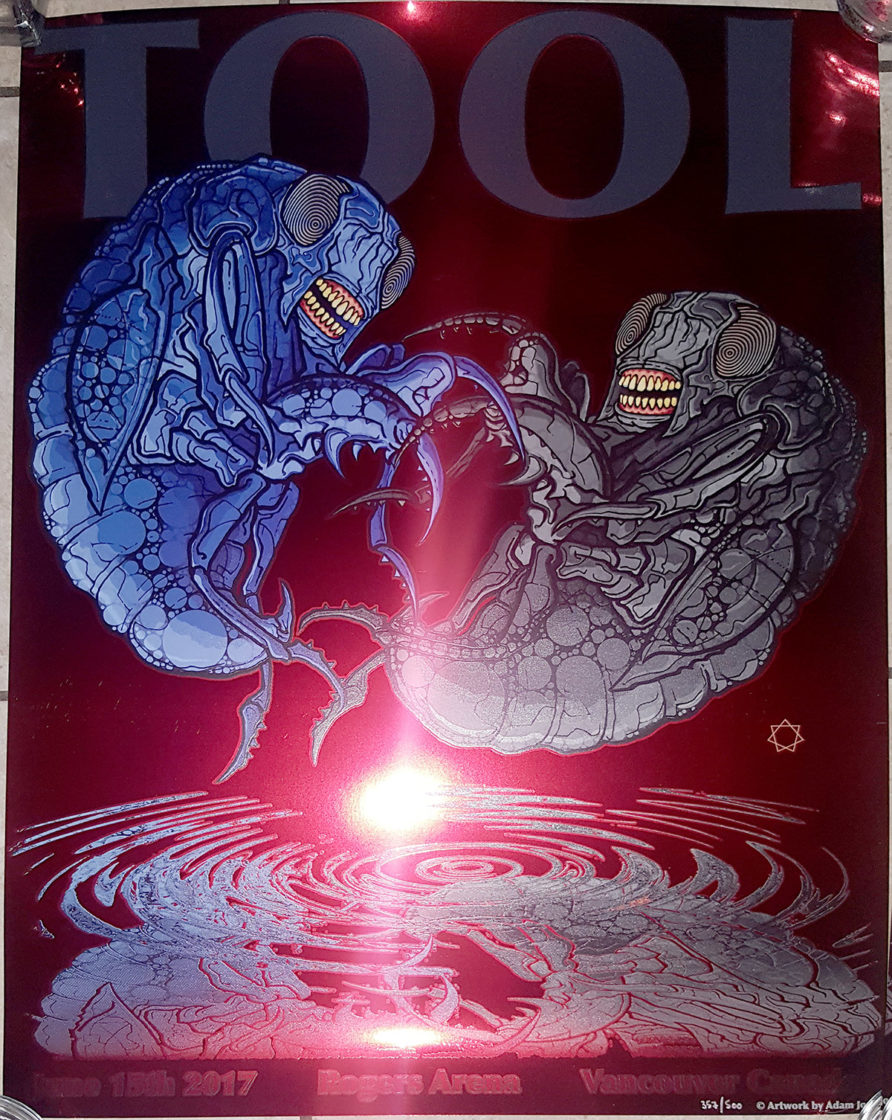 I enjoyed photographing Tool, though Maynard was elusive as expected.

I combed the net for videos by fans, but the strict photo policy was really effective. I managed to find this cool GIF on Imgur by a fan. It’s neat, so I thought I would add it to the post.

They had limited edition poster for the show, check it out:

They also used custom confetti for the last song of the night, I managed to snag some of that:

The Crystal Method put on a solid opening set even though only Scott Kirkland was playing, Ken D. Jordan was M.I.A. The assumption is that he was off setting up for the bands set over at Venue, which started just a short time later. None the less, Scott killed it. The compilation was aggressive and powerful and left me eager for more.

That Facebook ID is unauthorized for use, please go to Settings and add it.