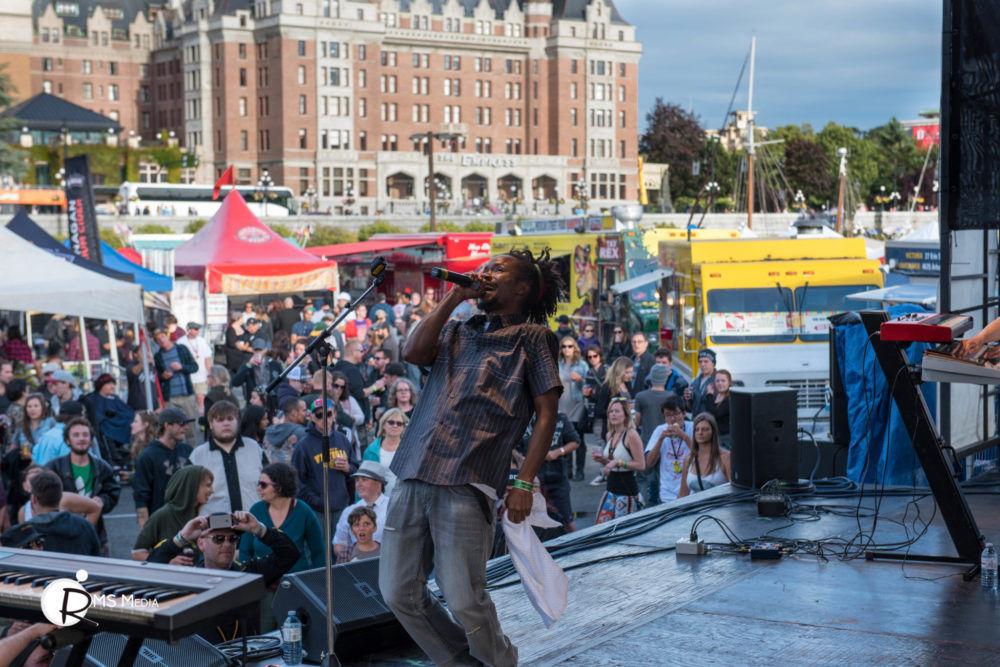 The XVII edition of the festival kicked with a huge Bang, TOOTS AND THE MAYTALS made their long awaited return to Victoria after a 4 year absence.
Toots Hibbert was the main reason the sold out crowd braved the wind rain, and he and the Maytals definitely did not disappoint.

One of the highlights for me was catching Grand Prairie’s reggae kings Tasman Jude who were worth the price of admission alone. Victoria’s The Leg-Up Program high-energy set won over the Ship Point faithful.
Melbourne’s beatboxing loop artist and Superstar Dub Fx may have had the performance of the festival Do not miss them if they pass even close to your town.