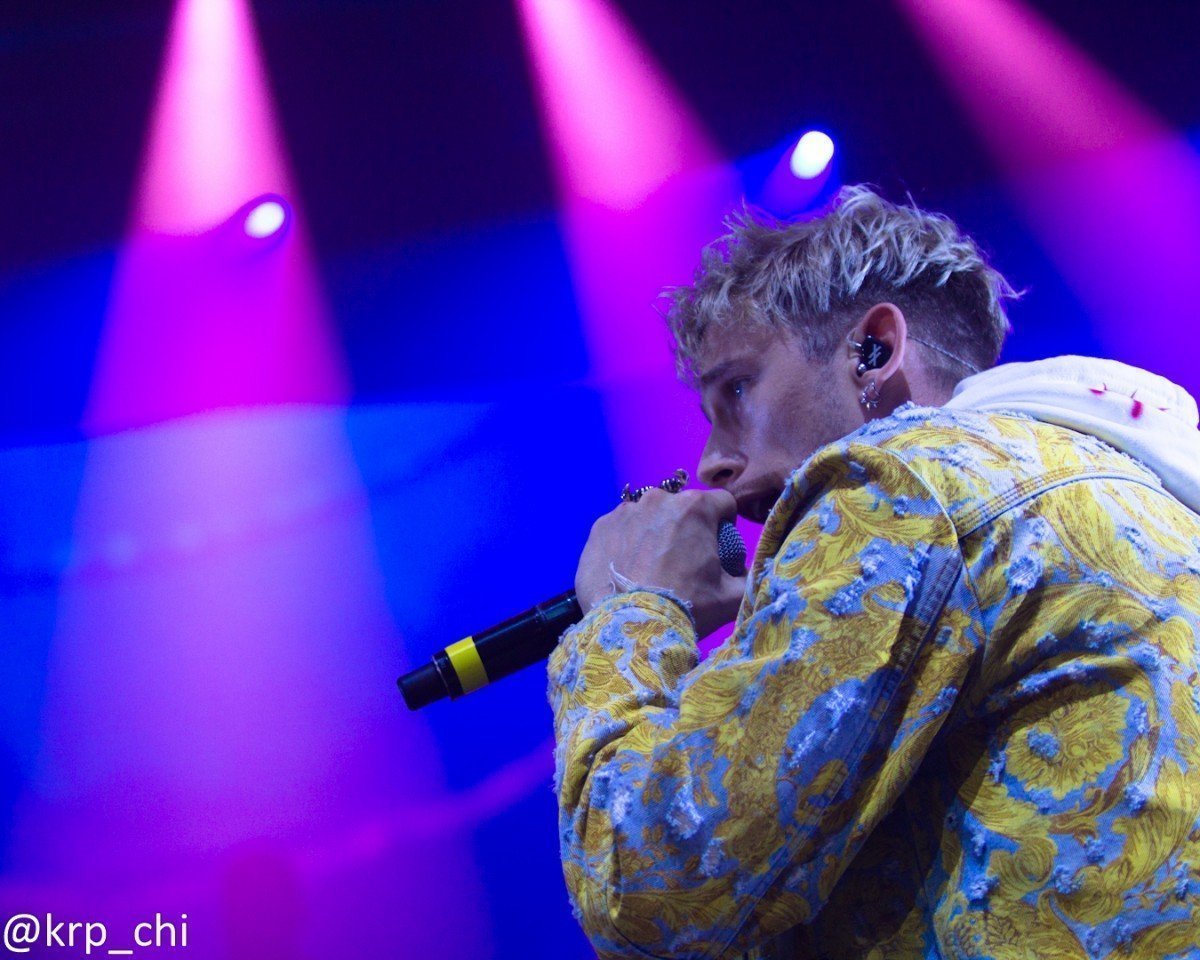 The show featured two of the biggest artists in hip hop. Machine Gun Kelly & Young Thug co-headlined their multi-city tour. Some of the artists that’s on the lineup are Polo G, Mr RJ LA and a few local artists. Its a medium-size venue and it was packed but not completely sold out. The lighting for the opening acts was not the best but that’s to be expected since they’re opening for the main act. The energy for the local artists wasn’t to bad but it could be better. Their set lasted for about 10 minutes. Next up was a well-known artist named Mr RJ LA was up next. A very well known artist from Los Angeles made his debut here. The energy wasn’t there because a lot of people didn’t know his music but some did vibe to a few of his songs for the most part. The lighting still wasn’t good throughout the openers set but it was enough to get some decent shots for the most part. Chicago’s own Polo G was up next and it was big reaction when he came out along with his crew on the stage and also people along the side was eager to see his performance. Most of the songs he did weren’t on the radio so not to many people knew what the song was but the energy was still high. When he finally closed his hit song “Pop Out”, the crowd sung all the lyrics word for word.

Now its time for one of the main acts to start. Ohio’s own Machine Gun Kelly didn’t disappoint. He had a rotating skull that said Hotel Diablo, which is the name of his new album. He performed about 2 songs while on his moving skull. The lighting was very vibrant and looking up sometimes, you can barely see him but it wasn’t bad. You never know what you’re going to get when you go to an MGK show and this show was one of them. He got off the stage and went into the crowd while performing his songs. He uses the venue as his playground and he doesn’t care where he’s going. It was also a time during his set where he played the drums of some well-known songs that are on the radio and the fans fell in love with that. Once he was done playing the drums, he went to the electric guitar and played a few more songs. Once he got off the stage he didn’t say anything and just got off the stage.

The man everyone came to see, Young Thug. His Dj played a few songs to hype us up and everyone was ready. Once he came out the reaction was like the roof wanted to come off at the venue. His performance style is different and its something that you have to see in person. His lighting was really great throughout his whole set and the stage set up was basic for the most part. It always a great show whenever Young Thug performs and its a show I would recommend if you are a fan of his music.