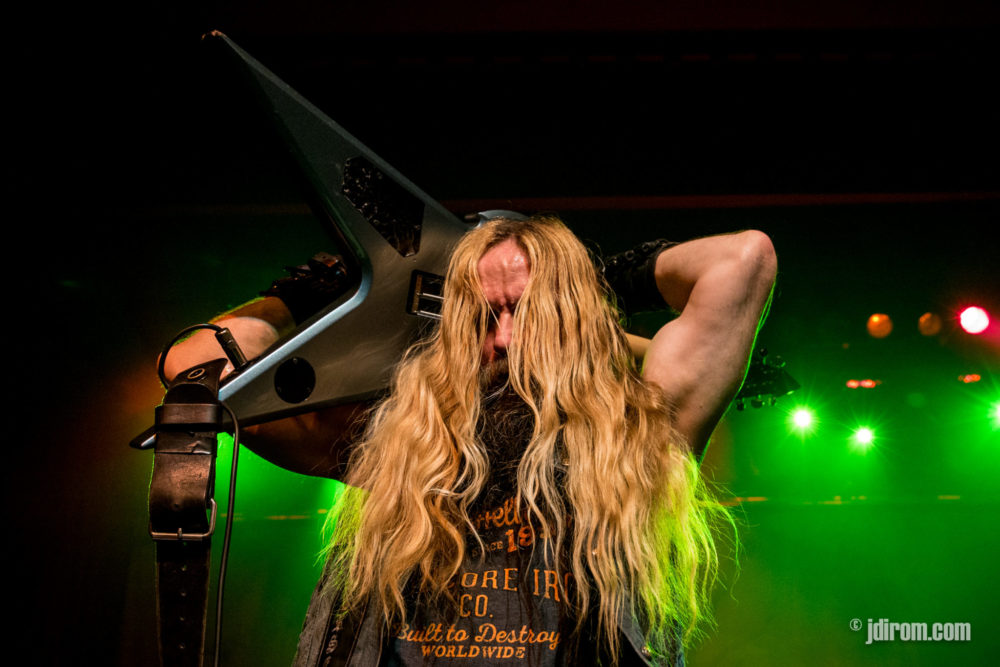 The crowd was filled with Black Label Society colours and three piece patches. Zack Wilde took the stage to enovrmeous roar from the crowd. Wearing a bowler and with his custom Warhammer guitar in hand, he began set began with a ten-minute version of “Sold My Soul”. Wilde wasted no time in ramping up the crowd, as he would switch from centre stage to left, then to right. To the crowds delight, Wilde’s antics included playing behind his head, as well as playing the guitar with his teeth, all while not missing a single note.

The songs from the night could be found on Book of Shadows or Book of Shadows II (the album the tour is promoting), giving the night a very soulful southern rock feel. Zack is a charismatic guitar icon and did not disappoint with a phenomenal performance that kept the audience captivated.