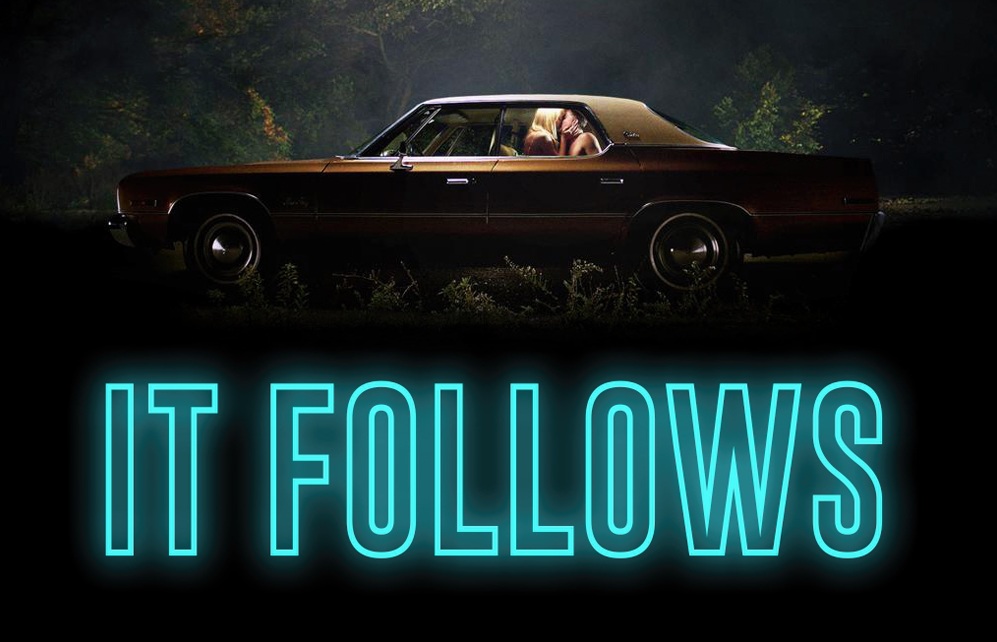 Horror movies are like pizza; even if you have a bad slice, at least its still pizza.

This weekend I went out and found a theatre that was playing the polarizing new supernatural film It Follows, written and directed by David Robert Mitchell. The movie has been getting its share of cheers and jeers, so I was eager to check it out.

For those of you that may not know, the storyline is about a young woman that has a sinister force latched on to her being by some sort of sexual transfer via a recent lover. For obvious reasons many now refer to this movie as “that STD Horror”.

I thoroughly enjoyed the movie. It was a slow burn, suspenseful ride that had me invested very early on and left me pleasantly surprised when it was all over.

In a time when many are criticizing the genre for relying on cheap tricks and stale setups, this movie seems to be getting recognition for what it is, a well-written, well-executed original film. The premise is pretty original, and the simple storytelling style contains a level of humanity that allows people to easily identify with the characters involved. Horror movie or not, this is pleasant to see.

The movie touches on one of the most common cautionary points used throughout the history of the horror genre; don’t engage in premarital sex. Time and time again, this is the moral take away behind many nefarious moving pictures. Its refreshing to see it make an appearance again, and in such a blatant form.

Now lets get into the film.

The director left a lot of the fear to build organically in the viewers own minds. The otherworldly entity that is following this woman, is relentless. The viewer is repeatedly forced to guess when this thing is even on the screen. Is that it in the background? Wait, what is that? It starts to build in your mind. Only just a little at first, but questions like this start to form. Getting the viewer to construct this fear and mild anxiety is what makes this movie great.

We are also not bombarded with useless jump scares throughout the presentation. There are a few here and there, but it is not overdone. I am so glad that is the case.

In many horror films in the supernatural sub-genre, they usually seem to have the characters find some pivotal information that will save them or stop the supernatural force. In this movie, they don’t provide that as an option. The bottom line is their is some evil presence out there, and no one know what to do, or how to stop, or why it does what it does. This absence of information, mixed with the fact that the entity is relentlessly seeking the cursed, makes for intense feelings of despair and frustration.
This is an angle that many classics before it have used; Friday the 13th and Halloween being two obvious choices that come to mind.

The cinematography in this film is wonderful. I hate to use the term throwback, but it really felt that way. The way they shot the movie was really clean and simple. They used this zooming in style in some scenes, it reminded me of many old 70s/80s movies. I am not sure if it is specifically a style of those times, or just something that I personally correlate to that era. It also felt like every scene was truly important and was shot with care.

The score is a major component of this film. It helps put an exclamation mark on the overall tone of each scene. While the movie would have been great on its own, it definitely had something extra thanks to the accompanying music. The synth-heavy pieces intensified the impact of everything that takes place. And once again, it had a throwback feel that will take any lover of the genre back in time.

All in all, I loved this movie. It even seemed to get better as I wrote this brief overview, and let it fester in my mind. I hope to see move from David Robert Mitchell in the future.

This movie is in the same category as The Babadook; a refreshing original that just happens to be a horror. More writers need to create movies in that way, regardless of genre.

Right now this movie is only being shown in 1,200 theatres in North America, for more information about where you can see it try the following links: