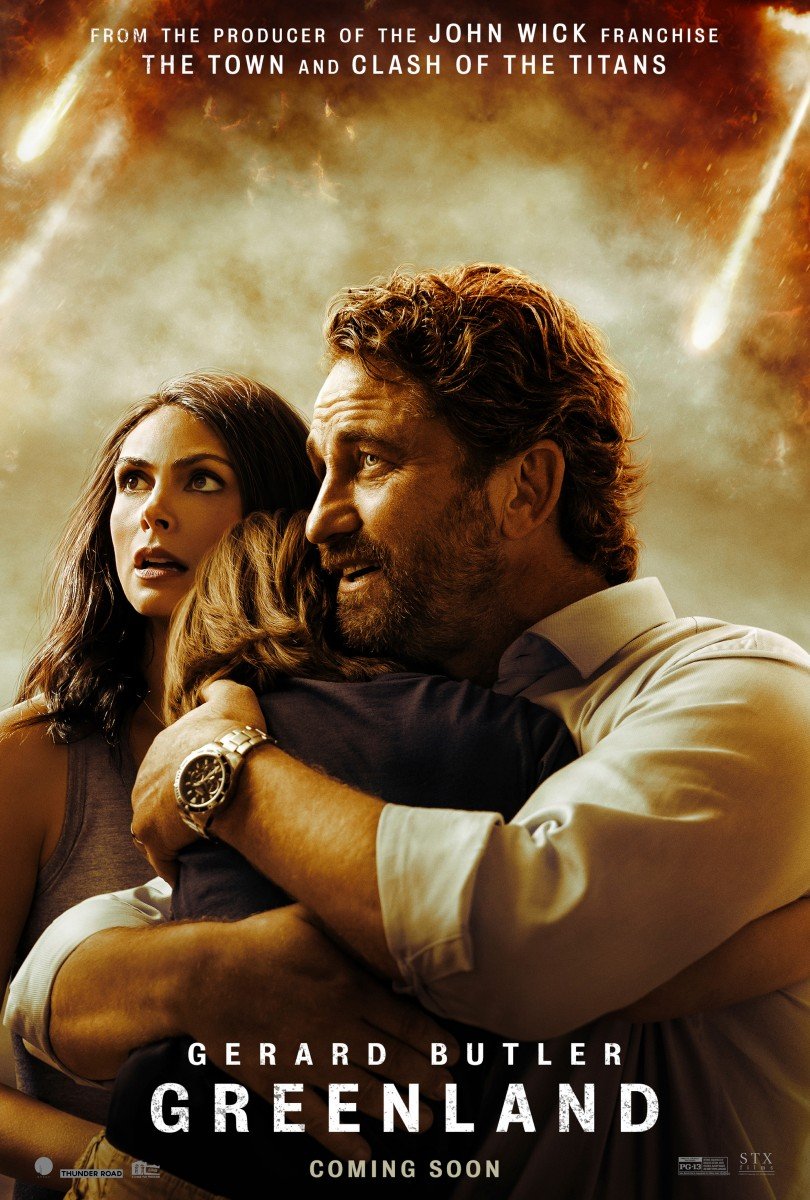 Greenland is an apocalyptic movie about a planet-killing comet that is rushing towards planet Earth. The main characters of this movie are John Garrity, played by Gerard Butler, Morena Baccarin as Allison Garrity, King Batch as Colin, and Roger Dale Floyd as Nathan Garrity. Greenland has all the right ingredients for a good apocalyptic/adventure movie. Of course, the adventure genre is not restricted to movies. You can enjoy this type of action on gaming consoles and believe it or not, on an online bingo site! You can also read about adventure based books and comics to get you in the mood for this Hollywood blockbuster.

This movie revolves around John Garrity and his family. Garrity returns home to make amends with his wife. He plans to have a party so that his neighbours can watch a comet which is named Clark pass by the Earth.

While at the grocery store, John, and his little bot Nathan notice military cargo transport planes and jets passing over in the sky. John receives a strange phone call, informing him that he and his family need to head to the nearest emergency shelter. By this stage, the fragments of the comet have entered the Earth’s atmosphere and hit parts of the planet.

John receives another automated call, that instructs him to take his family to Robins Air Force Base as they are part of a mass evacuation. They quickly leave for the base to catch the flight. After arriving at the airbase, Garrity realises that he has forgotten his son’s insulin – he leaves it in the car. He has to go back to get it while his wife and son wait to get on the plane.

When the authorities find out about Nathan’s ailment, he and his mother are turned away from the play. John returns to find them missing, another passenger informs him what happen and that his family was turned away because of his sons’ illness.

Then and riot and gunfight break out and many are killed – John manages to escape.  He learns that his wife and son are making their way to Allision’s father’s home. Allison and Nathan meet a couple –  Ralph and Judy Vento, both were going the same way. But they are not as they seem. The couple tries to take Allison’s place in the evacuation and attempt to kidnap Nathan.

Meanwhile, John is struggling as he has the wristband that identifies him as part of the evacuation. Ralph and Judy along with Nathan go to a camp where they find safety, Nathan tells a soldier that the couple has kidnapped him and at the camp he finds Allison, both were reunited. All they want now is to look for John!

John takes refuge in a house with food and water; he turns on the TV and watches the catastrophic events unfold.  All we can do is wait for the final impact. He steals a car and rushes to Allison’s father’s house. Where he finds nobody.

Fireballs rain from the sky destroying cars and killing people. John manages to drive away and escape. Yet, after some struggles, John reunited with his family when Allison calls home and John picks up, at this stage they had lost hope of being alive and reunited. They decide to fly to Canada and get a flight out from there.

They reach Upstate New York. Yet, there is more disaster when molten debris threatening the region falls from the sky. John drives onto the runway and the plane was about to take off, the pilot refuses to take his family. He says that he cannot take any more passengers as the plane are full but then agrees.

The plane approaches Greenland, yet another fragment comes off the coast, with a terrible shockwave, this caused the plane to crash killing the pilots. John and his family survive. Greenland becomes a haven for the survivors.