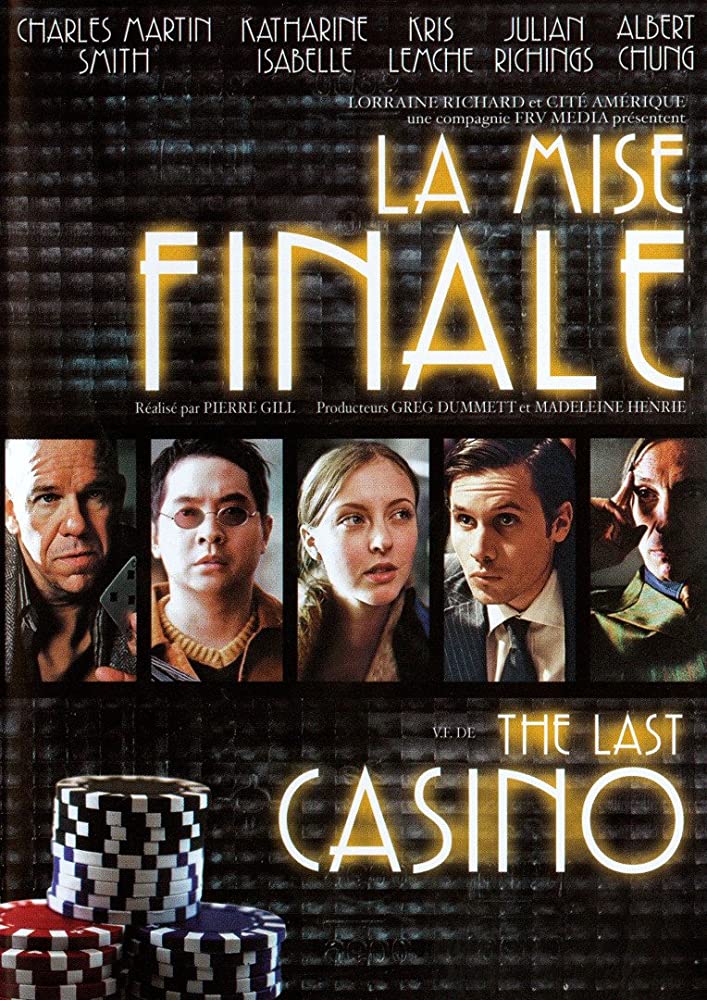 The Last Casino is a movie written by Steven Westren and directed by Pierre Gill. It stars the likes of Charles Martin Smith, Kris Lemche, Katherine Isabelle and Julian Richings. On release in 2004, it immediately became a hit with viewers due to its thrilling and immersive storyline.

The film, shot in Montreal and Quebec in Canada, is very much the movie which preceded gambling mega-hit 21. Charles Martin Smith takes on the lead role as Professor Doug Barnes, and he needs to pay off his betting financier Mr Orr, who is played by Julian Richings in the film. Orr is putting the pressure on Barnes as he chases outstanding debts, so he must come up with a plan to save his bacon.

As you will guess, The Last Casino is a gambling movie, and as we mention 21 above, you can see where this is going. However, do not assume it is only for those who like to visit a Canadian online casino site or a land based venue, this movie will definitely appeal to everyone. The show is about a Professor Doug Barnes decides to create a bespoke card counting team to enable him to recoup the money he needs to pay off Orr and to populate his squad of card counters he chooses three of his students – Elyse, Scott and George. The plan is for Professor Barnes to give them the skills they need to take down the The Last Casino in Canada.

The storyline of the movie is fantastic, as it shows Professor Barnes in a tight spot after getting into debt. He thinks of a way out of it, giving a trio of students the skills they need to not only help him out of his situation but to take home some loot themselves potentially. There are a lot of twists and turns along the way, with deceit and opportunity coming into the picture, as the temptation begins to grow when the card counters show they’re up to the job.

The relationship between the professor and the team of card counters is what gets you when watching The Last Casino. As the former is relying on the latter to solve his financial woes which are becoming more severe as time goes on. As the card counters – Elyse, Scott and George, are determined to help the professor out of his situation, they also begin to thrive themselves, especially when they find wins easy to come by at casinos when their plan is put into action. So, while everyone has a common goal, the separate parties have their own as well.

The movie is written fantastically well because as the story progresses, you learn more about the characters as individuals, as well as in their respective groups. It all builds up to a head, with the card-counting team desperate to earn the amount of money the professor tells them he needs to pay off Orr and to ultimately be safe. But, as you will expect, there are twists, turns and double-crossing in the mix, which takes this movie on to a whole new level.