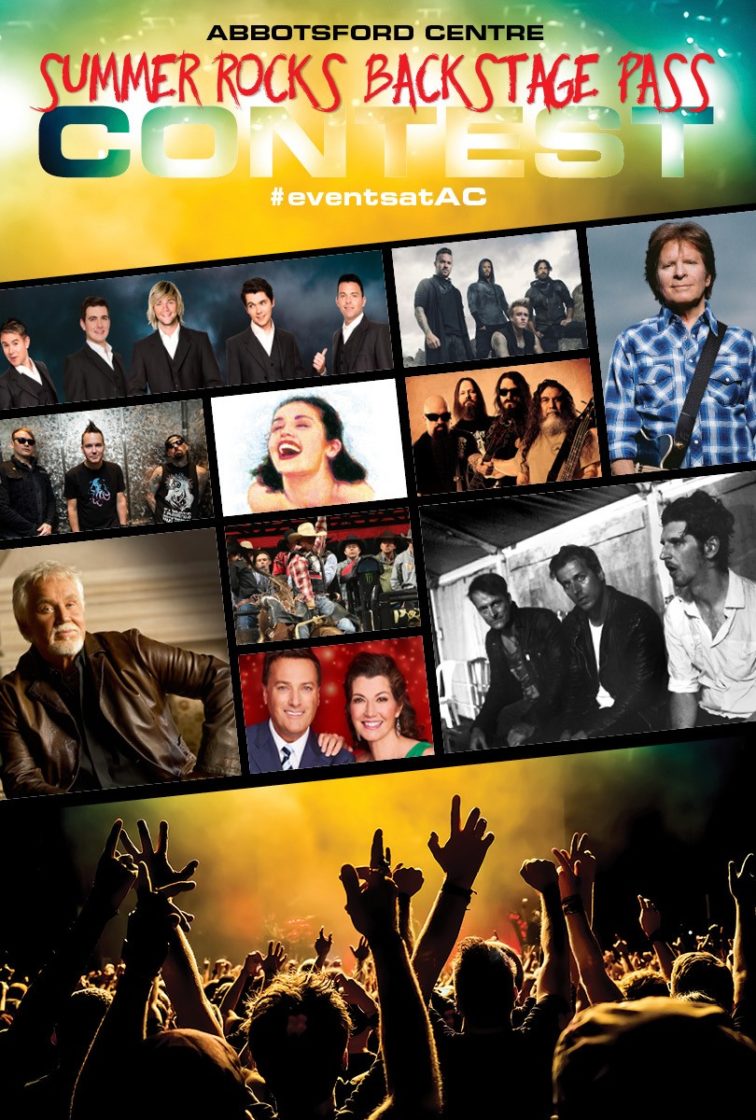 “It’s been a phenomenal year to date, and we want to keep the momentum moving forward,” stated Andrew Nash, General Manager of the Abbotsford Centre, fresh off its top ten ranking in all venues across Canada. “We have an exciting line up of music concerts and entertainment schedules for this fall, so this is an opportune time for concert goers to take part in ALL of the action taking place here at the Abbotsford Centre.

In addition, this sweepstakes offers contestants a chance to opt-into the Abbotsford Centre Backstage Pass, an email database used by the AC to inform patrons about exclusive pre-sale offers, as well as provide information on upcoming concerts and events.

The contest will run for approximately two weeks, beginning on August 15th and closing at 11:59 p.m. PST on September 2nd, 2016. Fans will be allowed to enter the sweepstakes once, with the opportunity for one bonus entry per share on public social media posts.