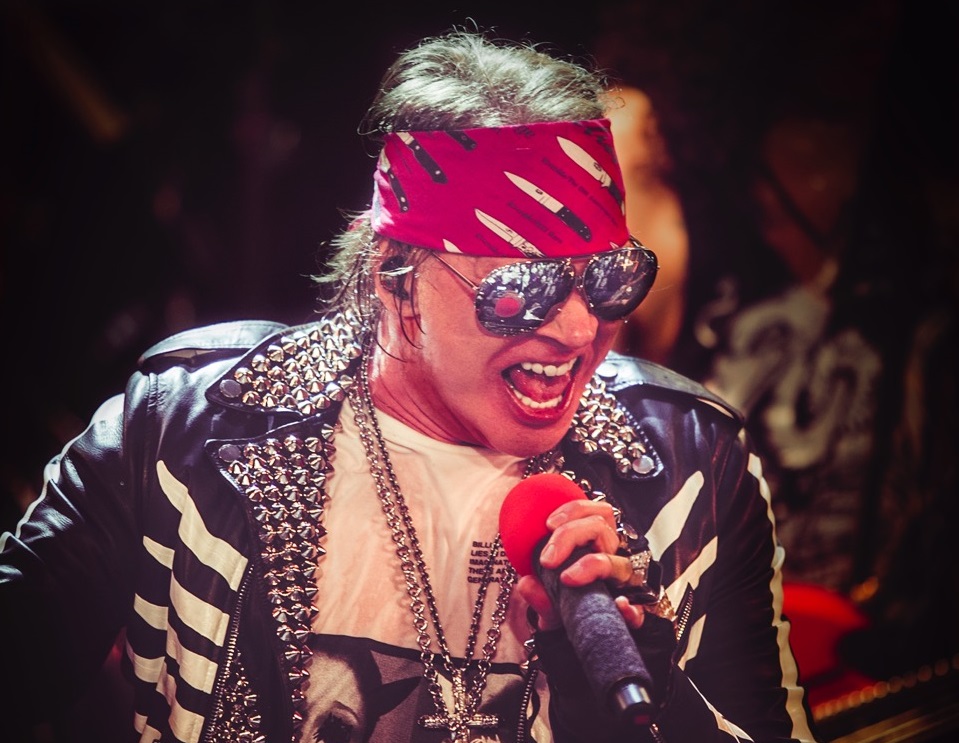 After lots of speculation it is finally official, AC/DC will resume their Rock Or Bust World Tour with Axl Rose joining on vocals. The European stadium tour dates begin on May 7 in Lisbon, Portugal and run through June 12 in Aarhus, Denmark as previously announced. Following this European run of dates with AC/DC, Axl Rose will head out on his Guns N’ Roses, ‘Not In This Lifetime’ Summer Stadium Tour.

The 10 postponed U.S shows will be rescheduled and announced eminently, also with Axl Rose.

AC/DC offered a quote about Brian Johnson’s departure from and Axl Rose’s joining with the band.

“AC/DC band members would like to thank Brian Johnson for his contributions and dedication to the band throughout the years. We wish him all the best with his hearing issues and future ventures. As much as we want this tour to end as it started, we understand, respect and support Brian’s decision to stop touring and save his hearing. We are dedicated to fulfilling the remainder of our touring commitments to everyone that has supported us over the years, and are fortunate that Axl Rose has kindly offered his support to help us fulfill this commitment.”

The current list of AC/DC’s Rock or Bust World Tour dates is as follows:

The current list of Guns N’ Roses’ Not In This Lifetime tour dates is as follows:

The press release also says these are the only dates that Axl Rose has at this time, but they “do expect for him to be very busy this year!”

It looks like Axl is taking on a lot of hard work in 2016. Let’s hope he hasn’t bitten off more than he can chew, and end up cancelling anything. We want to see more creation from this man.

Now everyone can sit back and continue watching the live stream of Coachella Valley Music and Arts Festival, where Guns N’ Roses will headline later on this evening.