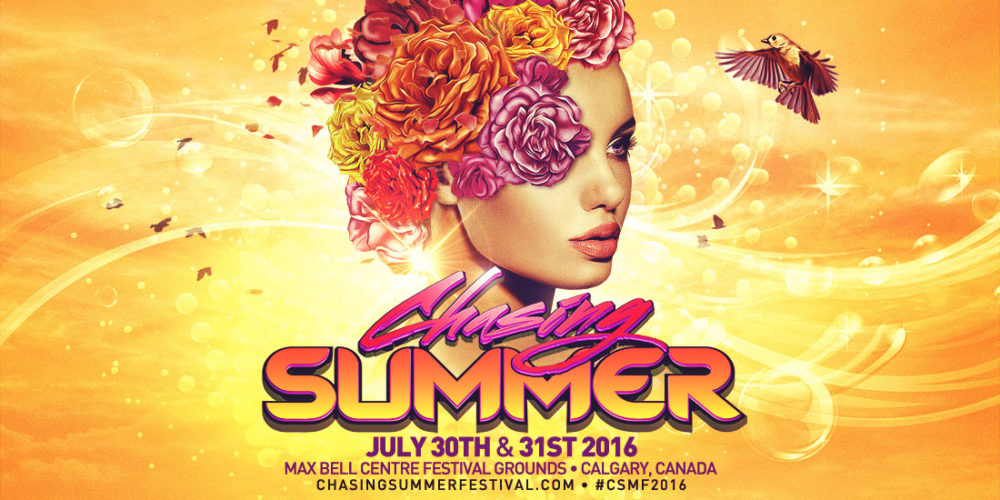 Previously run by Union Events, which was acquired by Live Nation a few weeks back, the Chasing Summer festival has grown greatly year over year.

In an official announcement this morning, the festival has confirmed it will change the dates of the festival from early August to Heritage Day Long Weekend, July 30 and 31, and will once again feature a list of world class artists and expanded attractions. The full line-up of performers will be released in Spring 2016.

Per the press release:

With a weekend attendance of over 33,750 last year, Chasing Summer has seen tremendous growth since its inaugural event in 2013, featuring previous headlining performances by Tiësto, Above & Beyond, Hardwell, Kaskade, Afrojack, DVBBS, Adventure Club, and more. According to an economic impact study conducted by the Canadian Sport Tourism Alliance, the 2015 festival generated $15.4 million in economic activity for Alberta, of which $11.6 million occurred in Calgary.

Having outgrown the usable space at Fort Calgary, the event’s home for the previous three years, Chasing Summer worked with the City of Calgary to find a new site for the festival in 2016. Max Bell Centre Festival Grounds was selected as the ideal location to host the growing event as it permits greater expansion, is easily accessible from Memorial Drive and Barlow Trail, allows for greater experiential opportunities, and works within the festival’s green initiatives with LRT access only a 5 minute walk from the festival site.

The change in dates may seem innocuous, but it should be noted that it does put the Calgary EDM festival in a better spot to compete with Pemberton Music Festival put on by Huka Entertainment.

Even though nothing has officially been stated, it seems like with the cancellation of this years Squamish Valley Music Festival and the acquisition of the Alberta-staple Union Events, that Live Nation is moving its Western Canadian festival focus from the West Coast and on to Alberta. This new announcement seems to add fuel to that fire.

For more information about the Chasing Summer festival: