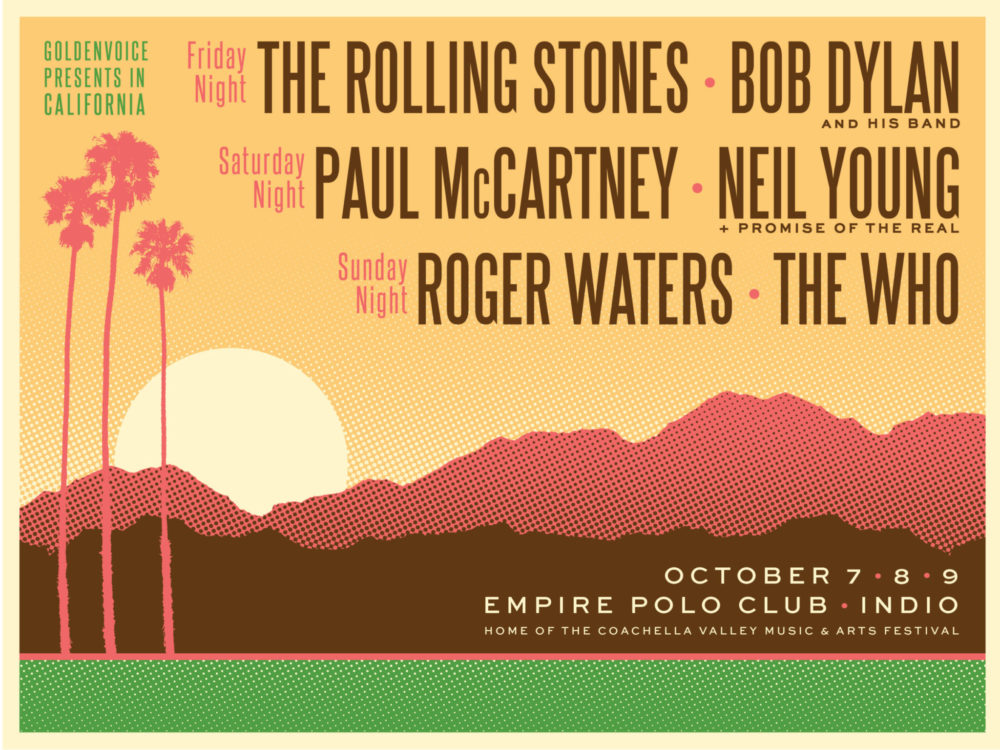 The rumors were so consistent that the information was pretty much official awhile back, but the truly official announcement came today.

The team behind Coachella will be holding a star-studded concert at the Empire Polo Grounds in Indio, CA from October 7th to October 9th called Desert Trip. The lineup will be as follows:

The concept of the concert layout would look like this:

The official Desert Trip website has all the information you will need, including pass/ticket info:

It looks like this will be a phenomenal 3-day music event, but could it also mean additional West-Coast touring dates for some of the bands involved?