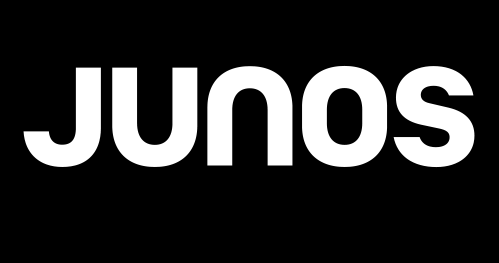 All The JUNO Week Information You Will Need

It has been 9 years since The JUNO Awards were last hosted in the great city of Vancouver.

Anyone that was around back in 2009 can tell you that one of the best parts of the JUNOs being here, was all the events leading up to the award show.

Well, this 2018 instalment is no different. There is a bevvy of concerts and events surrounding the main event that everyone should take advantage of.

So, we compiled a list of all the JUNO events and simplified it on to one page.

Take a look and start planning your upcoming week.

more info
Featuring Mother Mother, The Zolas, Said The Whale, Hey Ocean!, Leif Vollebekk, Dawn Pemberton, Khari McClelland, Louise Burns, and Peach Pit
Wednesday, March 21st, #SingItFwd – Vancouver’s acclaimed charity concert series will return to the Vogue Theatre for a special Junos Edition, more than 2 years after it’s final show. Between 2011 and 2016 the annual event sold out the historic theatre by bringing together 35+ of the city and country’s most acclaimed musicians alongside the kids of Saint James Music Academy (SJMA) raising awareness and more than $200,000 for the non-profit music school (started 10 years ago by DTES resident and mother, Kathy Walker).

Helping to kick off Juno week you can expect another 8+ artists performing short stripped-down sets of music including a performance by event founders and former JUNO nominees, Hey Ocean!. The SJMA’s children’s choir and orchestra will also collaborate with performers both in concert and new instalments of #SingItFwd’s ongoing video series. For this year’s videos, artists will cover nominated artists/songs with the kids.

more info
The third annual JUNO Cup Jam will set the tone for an exciting JUNO weekend. Iconic artists and hockey legends playing in the annual JUNO Cup Presented by CBC Sports will entertain with an unforgettable night of musical collaborations and covers. Canada’s most talented musicians will come together for this one-night performance at The Imperial (319 Main Street, Vancouver) on Thursday, March 22 at 8 p.m. PT. Ticket proceeds will benefit MusiCounts.

Canadian music icons will be going head to head with NHL legends at the 2018 JUNO Cup Presented by CBC Sports at 7:30 p.m. PT on Friday, March 23 at Bill Copeland Sports Centre, in Burnaby, BC, in support of MusiCounts.

Joining the NHL legends are:

Confirmed to join the musicians are:

So how does it work? Easy! Bring your best smile and a fully charged cell phone or camera to Metropolis at Metrotown on Saturday, March 24. The entire event, which features performances and giveaways, runs from Noon to 3 p.m., however, your Selfie Session time may vary.

This is a free public event open to all ages. Doors open at 9 a.m.

The JUNO Awards and CBC Kids invite Vancouver families to put on their dancing shoes and join featured Children’s Album of the Year JUNO Award nominees for a morning of movin’ and groovin’ in the heart of the city. Hosted by CBC Kids stars Tony and Gary the Unicorn, this free festival site will be brought to life with crafts, interactive activities, and the opportunity to meet favourite CBC Kids friends PJ Masks for hugs and photos.

Considered the ‘Jewel of JUNO Week’, JUNO Songwriters’ Circle offers fans the unique opportunity to hear the stories behind the songs and then hear those songs performed in a raw, acoustic format.

Joining Jann Arden and Bob Rock on stage will be current and past JUNO Award nominees:

Performing at The 2018 JUNO Awards:

The JUNO Awards has once again partnered with Plus 1 so that $1 from every ticket is donated to MusiCounts, helping to ensure that children and youth across Canada have access to musical instruments. Plus 1 is a non-profit that partners with touring artists to facilitate a $1 add-on from every concert ticket to go to a cause the artist partner believes in.