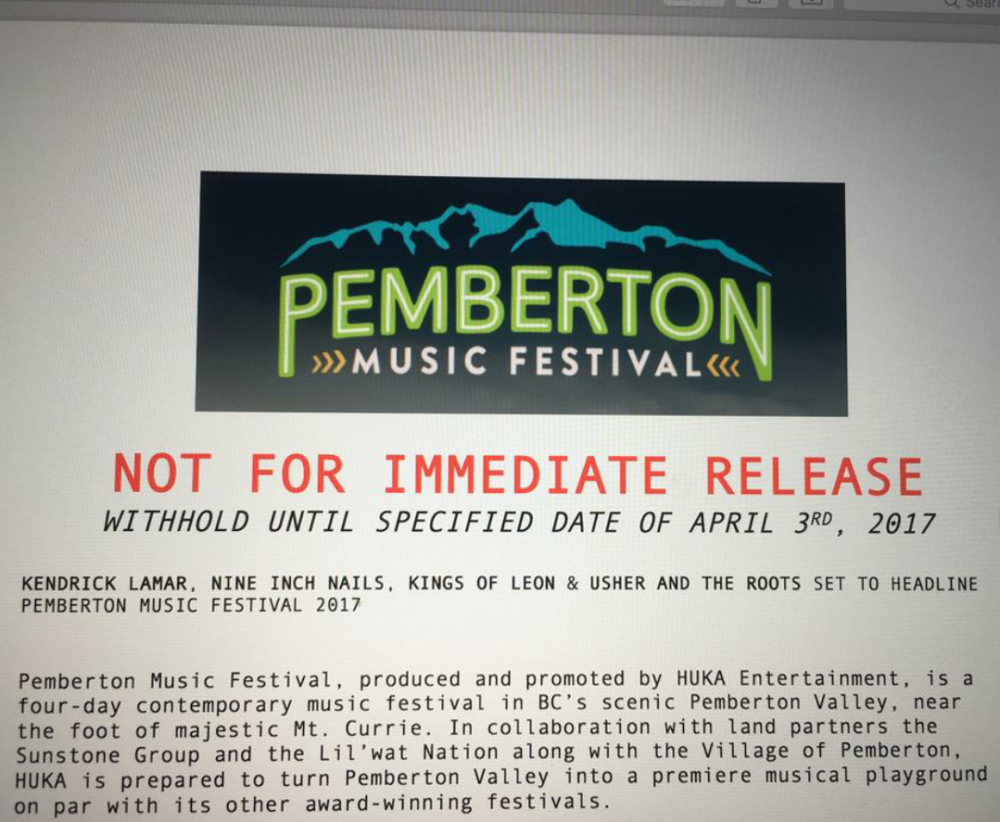 Could These Be Your Pemby 2017 Headliners?

A little over an hour ago a post was made on the r/PembertonFestival subreddit over on the ever so lovely Reddit.com.

According to an alleged inside source associated to someone in the know over at Pemberton Music Festival, the headliners for the 2017 edition of the festival will be Nine Inch Nails, Kendrick Lamar, Kings Of Leon, and Usher with the Roots.

This “leaked” information comes in the form of what looks to be a cell phone picture of an apparent official media release.

Take a peek at the screenshot right here

Only time will tell if this is true or not.

If it is, this would secure Pemberton as the destination festival for the Pacific Northwest. Even though this would put Kendrick Lamar and Nine Inch Nails, if you count the 2008 edition, as 3 times performers at this relatively new festival, we are pretty sure no one would complain to see them kill it again under the watchful eye of Mount Eerie in the beautiful Pemberton valley.

Now we just sit back and wait to see what happens.