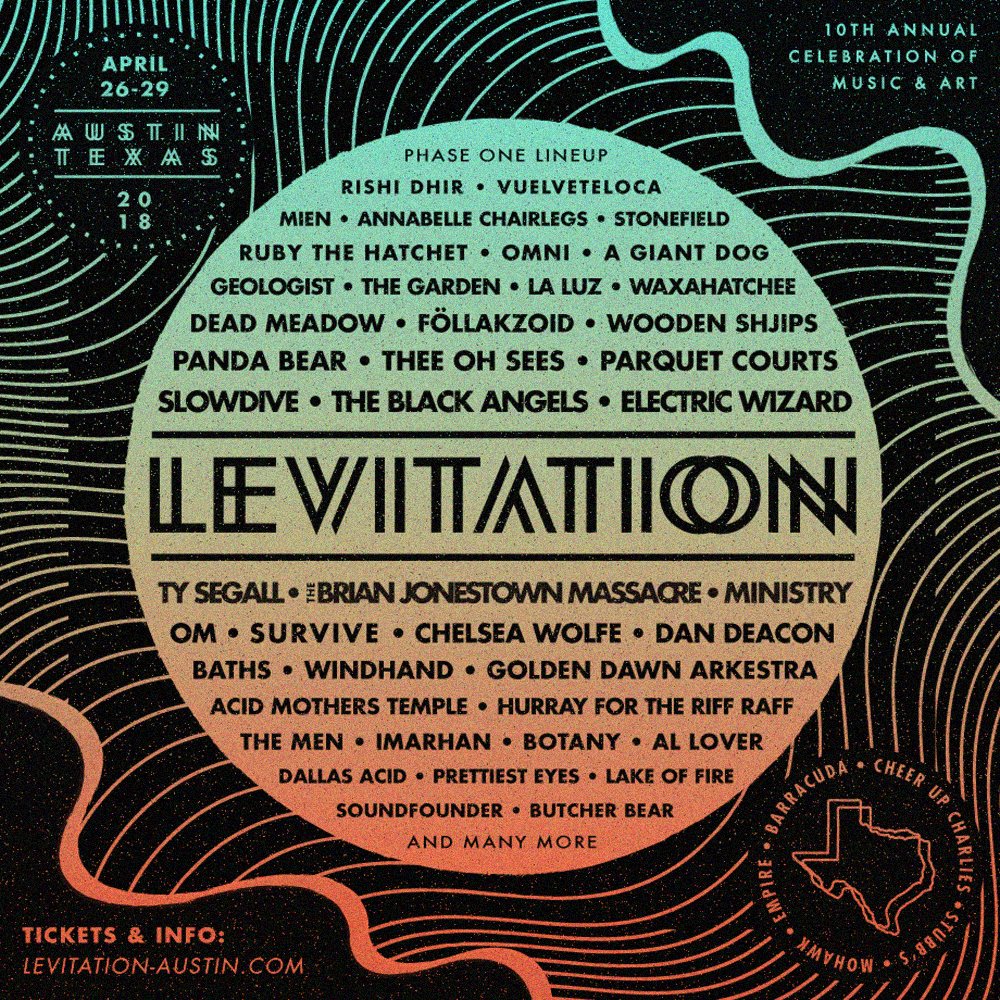 As per the official press release:

Levitation celebrates 10 groundbreaking years with its return to downtown Austin, TX for 2018. For the past ten years, the independent gathering has grown from a small word-of-mouth event to an internationally acclaimed, full weekend destination — offering once-in-a-lifetime lineups with programming spanning continents and decades.

Levitation takes over Austin’s Red River District on Thursday, April 26 through Sunday, April 29. Venues include Stubb’s, The Mohawk, Barracuda, Empire Control Room, Cheer Up Charlies, Emo’s and more. 2018 will utilize the Austin clubs that have helped cultivate the city’s unique and legendary music scene – bringing a more intimate experience, with longer sets from headliners alongside all the conveniences of the city. The programming will also include pop-up events in nearby cafes, galleries, record stores and more to be announced….

Tickets for 15 different shows across 6 different venues have been released, along with a limited number of Deluxe Weekend Passes.

The weekend features showcases and curated events with like minded-folks such as Margin Walker, Sacred Bones Records, Burger Records, Castle Face Records, BYM Records, Gorilla VS Bear, NRMAL, Desert Daze, Exploded Drawing along with more presenters and collaborators to be announced. Additional shows, headliners, and event details will be released in a PHASE 2 lineup release in early 2018.