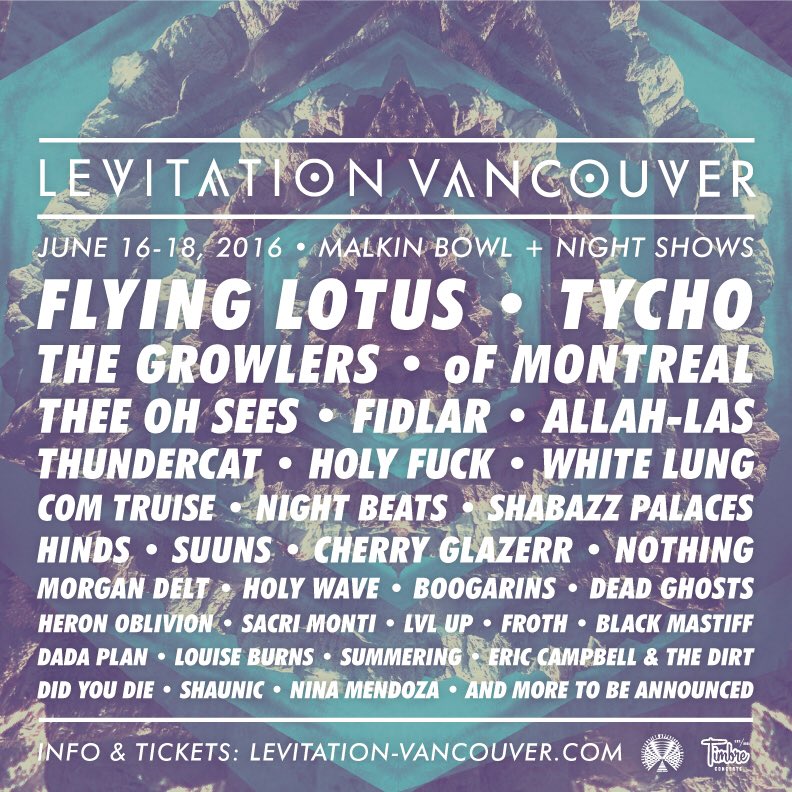 Levitation Vancouver is back for their sophomore appearance, running June 16-18 2016. The heart of the festival will be at the Malkin Bowl in Stanley Park, with off-shoot nightly shows at venues around Vancouver.

The festival announced its lineup today, with Flying Lotus, Tycho, The Growlers, Of Montreal, Thee Oh Sees, and Fidlar rounding out the top 6.

The announcement today ends with “AND MORE THE BE ANNOUNCED”, so we can expect more artists to roll out over the coming months.

We have been big proponents of the festival since its inception last year, and this year just strengthens our stance.

Get out to this festival and experience it – levitation-vancouver.com