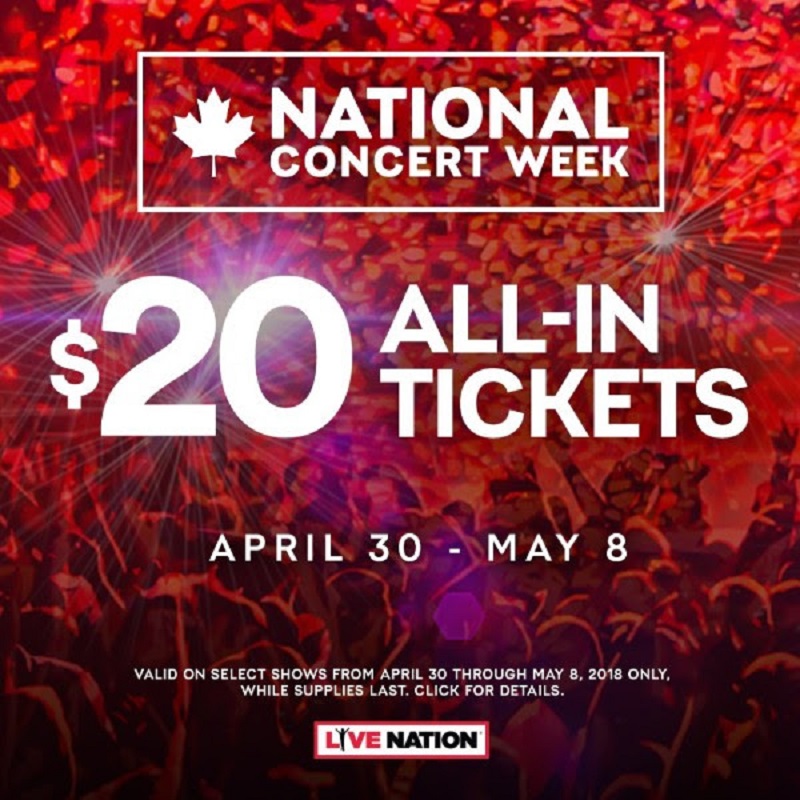 The event offers patrons the chance at a $20-all-in-ticket offer on a number of participating concerts, available to 150+ shows across Canada

Today, Live Nation announced ‘National Concert Week’ will take place April 30 through May 8 with an exclusive $20 all-in ticket offer for fans to celebrate the kickoff to its biggest summer concert season. The deal will include thousands of tickets to 150+ shows across Live Nation Canada’s roster of summer tours including Comedy, Country, Hip-Hop, Metal, Rock, Pop, and more.

DJ Khaled shared his excitement about the ticket offer from 45,000 feet, encouraging music fans to nab their tickets to the hottest summer shows. Watch the video HERE.

The complete list of included artists, with possible participating concerts, are:

For a full list of artists, please visit www.ncw.livenation.com