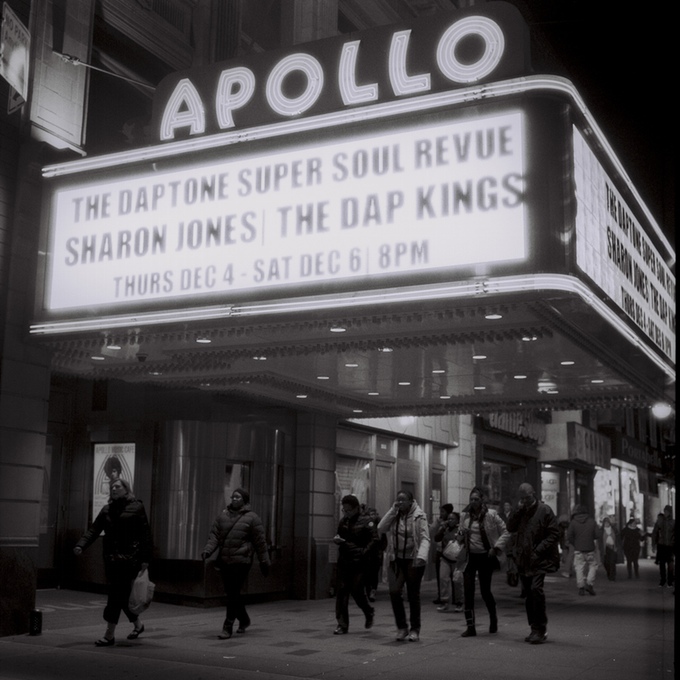 The “House of Soul” Daptone Records brought their roster of artists together to the legendary Apollo Theater in December of 2014 for the three night, sold out Daptone Super Soul Revue. Drawing on the historic residency, award-winning documentary filmmaker Jeff Broadway (Cure For Pain: The Mark Sandman Story, Our Vinyl Weighs A Ton) and producing partner Cory Bailey are set to deliver the definitive Daptone Records film, Living On Soul. Captured in 4K across three nights on six cameras, the film centers on electrifying performances by Sharon Jones & the Dap-Kings, Charles Bradley, Antibalas, The Budos Band, Menahan Street Band & more.

Interwoven with these special performances are scenes featuring different Daptone artists, which contextualize the long and arduous road these artists have shared together to take soul’s most iconic stage for three sold-out nights. The performances and stories bring to mind a bygone era of films and entertainment. The film molds itself after The Last Waltz, Monterey Pop and Soul Power; and not since James Brown’s legendary residencies in the 70s has Harlem’s Apollo Theater played host to such an event.

Production on Living On Soul has wrapped and the filmmakers have launched a 30-day Kickstarter campaign in an effort to raise funds for post-production and finishing costs. If successful, the film will be finished this summer in preparation for a late 2016 premiere. Among the campaign’s rewards are Blu-rays, T-shirts, film posters, box sets, autographed Daptone memorabilia, rare test pressings and unique experiences (such as premiere tickets and lunch at Daptone’s recording studios, The House of Soul).

You can support the film over on Kickstarter: