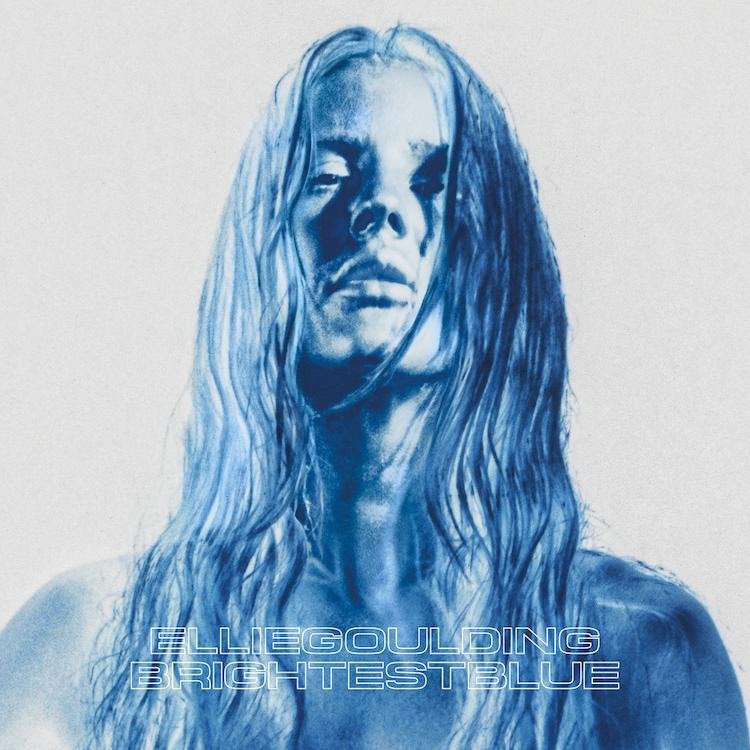 The new album Brightest Blue will include a number of recent releases alongside a plethora of new songs, with the album being set in two parts, “Brightest Blue” (executively produced by Ellie Goulding & Joe Kearns) and “EG.0” respectively – see the full tracklist below. Across the two halves Ellie enlisted a number of writers and producers to help create the finished product, including the likes of Tobias Jesso Jr., Starsmith, ILYA, serpentwithfeet, Patrick Wimberly (of Chairlift) and Jim Eliot amongst others.

Explaining her thoughts behind the first half of the record, Ellie says that it “reflects my vulnerability… it acknowledges a complex world where relationships still dictate our happiness and heartbreak and can still be the most painful thing in the world, no matter how enlightened you are. The tracks also symbolize growing up and becoming a woman.” The second half of the album, “encapsulates my confident, brave and fearless side and features all my recent collaborations,” Ellie says.  She elaborates, “I often find myself writing about my thoughts and emotions in a way that I know will be catchy and memorable. I will always seek to use my voice in ways that no one would ever expect and look to collaborate with the least likely, exciting and eclectic group of other artists.”

Brightest Blue will be available at all retailers on CD, digital and double vinyl, and an exclusive CD edition will be available at Target which includes a special album cover & fold out poster (U.S. only). Additional formats including a limited-edition box set and cassette will be available at elliegoulding.com.  Wherever possible, packaging has been manufactured using environmentally friendly materials and technologies to minimize overall impact and carbon footprint. Ellie says, “great progress has been made on this and I’m pleased we’ve been able to push the industry forwards, but we are still pushing to do more.”

New track “Power,” from the “Brightest Blue” part of the new record, was released last week alongside the stunning new video shot in lockdown, watch the video here. In a prolific and bold new artistic chapter, “Power” is Ellie’s latest offering in a string of notable tracks including “Hate Me” with Juice WRLD, her smash, “Closeto Me,” with Diplo and Swae Lee, and her most recent single, “Worry About Me,” featuring blackbear.

Ellie recently performed on NBC’s“Red Nose Day Special,” a star-studded telecast which raised money and awareness for children in need. She’s also been confirmed to perform on Good Morning America’s Summer ConcertSeries for the second year in a row.

Crowned Variety’s 2019 “Decade” Hitmaker celebrating her decade of hits, Ellie’s incredible career to date has seen her receive two GRAMMY Award nominations, a Golden Globe nomination, two BRIT Awards, sales of 17 million albums and over 135 million singles, and 22 billion streams worldwide.  All three of her albums have been certified platinum in addition to her 19 RIAA certified singles. With over 50 million followers combined on her social platforms, she also earned YouTube’s Diamond Award, celebrating 10 million subscribers on her YouTube channel (and over 5 billion views globally). She also holds Billboard’s Hot 100 record for the most entries on the chart this century by a British female vocalist. A global ambassador for UN Environment, Ellie is also a noted campaigner and philanthropist speaking regularly on the climate emergency, and a patron of The Marylebone Project in London, focusing on fundraising to end homelessness.

SIDE A – “Brightest Blue”