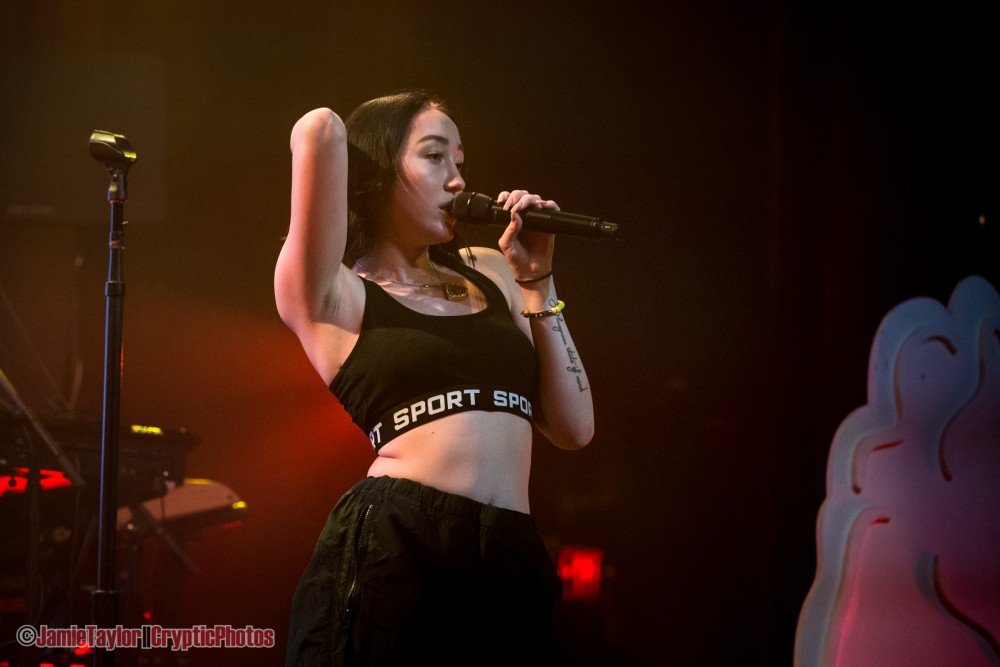 Today, MULTI-PLATINUM selling artist Noah Cyrus has released her highly anticipated EP, ‘The End Of Everything’ via RECORDS/Columbia Records. Featuring 8 tracks, including fan favorites ‘I Got So High That I Saw Jesus,’ ‘Lonely,’ her international hit single ‘July,’ as well as 5 previously unheard of songs, penned by the 20-year-old artist, ‘The End Of Everything’ is available on all digital platforms worldwide [Listen HERE]. Watch the latest official audio visualizer from Noah, for her song ‘Young & Sad’ HERE.

‘The End Of Everything’ opens with ‘Ghost,’ which Cyrus revealed exclusively to Rolling Stone when discussing the EP, “I can’t help but see my younger self so hallow and sad, filled with hatred towards herself. I’ve dealt with depression since I was 11-years-old and always felt so uncertain with myself. I remember experiencing such sadness all the time. When I picture little me I just see her needing a pair of arms around her; someone to let her know she’ll grow up and be okay, and that one day the mirror won’t be her enemy.”

On ‘Young & Sad,’ she confesses “I feel like a lot of artists these days are riding a bit of a trend of being sad. Like that it’s ‘cool’ to be sad. I was writing this song with two friends and originally the lyric was “I wanna’ be young & sad a little while longer,” but something just wasn’t sitting right with me when I listened back. Like, I don’t want to be sad. It’s ok to struggle, but it’s not ‘cool’ to struggle. So I sat with it for a while and eventually rewrote it and flipped the lyrics to say “don’t want to be…” once I figured out that that was what was really bothering me. It was also important for me to start the song with a voicemail my dad had sent me a while ago during a dark period in my life reminding me to keep ‘smiling’ because at the time that he sent that, a smile seemed impossible for me to give. I mean shit, I wasn’t even able to pick up the phone.”

On her Ant Clemons collaboration, ‘Wonder Years,’ Noah revealed “Ant’s my guy and so beyond talented. We were working together one night and he pulled up this melody he’d been working on that was an interpolation of “With A Little Help From My Friends” by The Beatles and I was like “WOAH, shit.” I went in the booth and hummed some melodies of my own, and then we just worked on the lyrics, production, structure, etc. It’s funny because I don’t think we ever knew how this song would even come out. Like, who gets a Beatles record cleared? Us I guess…”

The EP’s closer and namesake, ‘The End Of Everything’ was inspired by a time-lapse video of the universe Noah saw by John Boswell. “The inspiration behind this song changed my life,” Cyrus reveals. “For me, it really put into perspective how shortly lived our moments here as humans are. There were things that seemed so big that became so small. The message that what we have RIGHT NOW is what matters. nothing else. It’s a deep message that needs 5 more hours for me to explain but I hope I summed it up enough in the 2 or so minutes that the song plays.”

‘The End Of Everything’ EP also features previously released favorites such as the powerful gospel soaked ballad, ‘Lonely,’ the rousing ‘I Got So High That I Saw Jesus,’ and her biggest hit to date, the RIAA certified, platinum selling ‘July,’ which has now surpassed more than 385 million combined global streams and is certified platinum in North America, Canada, Australia, Norway and Ireland.

‘The End Of Everything’ EP is out worldwide on all digital platforms now. Listen HERE.